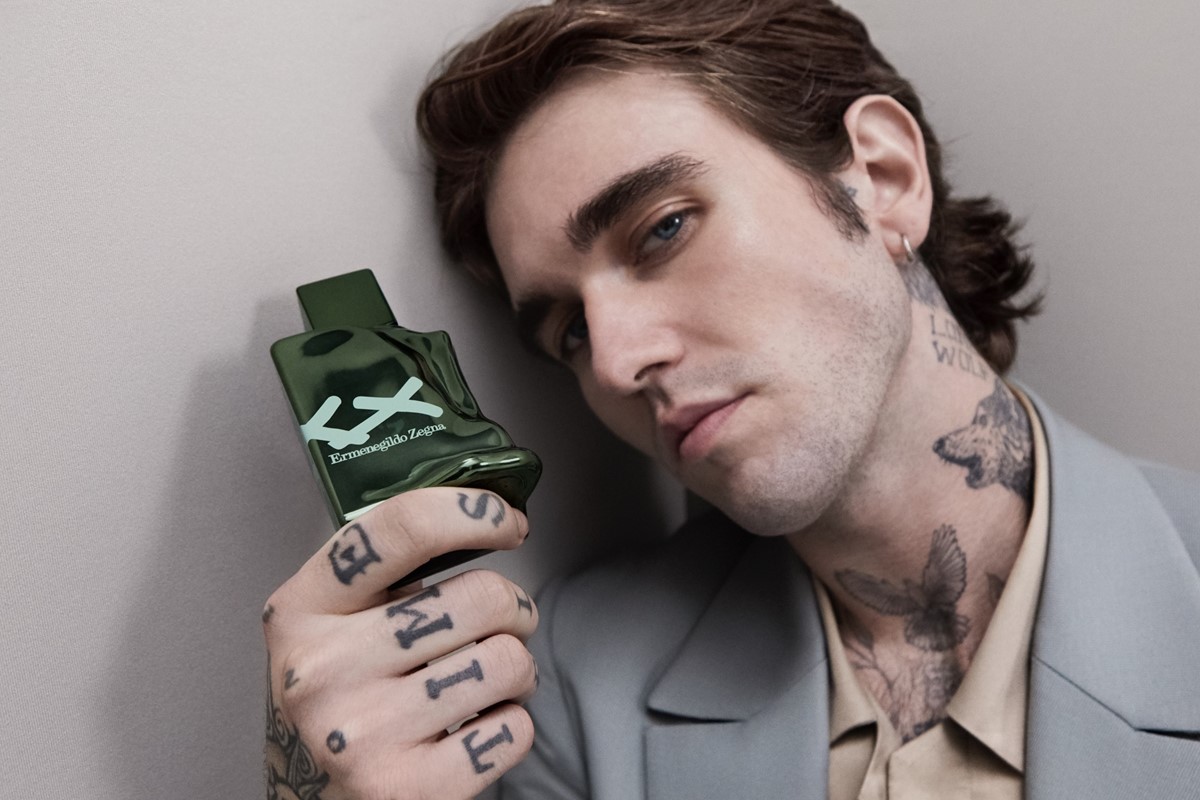 Get to know the model musician in this Dazed video

The new range of scents is for the uncompromising and the unrestricted, and bears G-K’s same untethered attitude with its line-up: three multidimensional fragrances that aim to break the mould of typical masculinity – likewise encouraging self-expression on terms fixed by the self. As G-K notes on screen, “my current state of mind is open.” A healthy reminder to make room for opportunity in your life? We reckon so.

First stepping into the label’s domain back in February, G-K began his collaboration with Zegna fronting SS21’s What Makes A Man campaign, in which he considered perceived notions of masculinity and opened up about the nurturing role of nature in his musical career. While nature still gets a shoutout, this time around the most pressing matters are pushing boundaries and breaking moulds.

“For me, breaking the mould is just going against the grain,” the IMG-signed model, actor, and singer-songwriter announces in a new short released on Dazed today. “Defying social norms by just being our authentic natural selves. I feel like the more authentic we are, the more we break the mould.”

“Nature lets me tap into the very core of my spirit and myself as a human being,” he says. “It’s essentially a way of disconnecting in order to reconnect” – Gabriel-Kane Day-Lewis

Dressed in two Zegna fits (the first a smart overcoat and wide leg trouser combo, the second a white polo), G-K’s interest and respect for the natural world gets some more airtime as he vocalises just what it means to him. “Nature lets me tap into the very core of my spirit and myself as a human being,” he says. “It’s essentially a way of disconnecting in order to reconnect.” Fun fact: as the son of Oscar-winning actor Daniel Day-Lewis and César Award-winning actress Isabelle Adjani, he was enjoying Paris’s green spaces daily until his early teens.