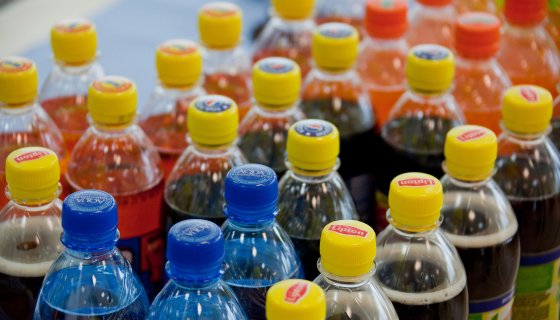 For those of us who grew up in a particular tax bracket or inner-city neighborhood, the soft drinks Tahitian Treat and Faygo might hold some significance in your life depending on where you lived in your formative years. On Twitter right now, an intense over the best between the hood soda favorites is brewing and a clear winner still hasn’t been declared.

Twitter user @CrazyJuice__ challenged her followers to choose their favorite soda pop between Tahitian Treat and Faygo, and the results were undoubtedly hilarious. Not much is known about Tahitian Treat, which is made by Keurig Dr. Pepper, which features a vast portfolio of carbonated beverages that typically rest in dollar stores and mom and pop corner joints.

So far, it seems like Tahitian Treat is the clear favorite although some folks are riding strong for Faygo. What about you? What’s your favorite between the two? Sound off in the comments section.

Check out the reactions over the debate between Tahitian Treat and Faygo below.

Black folks let’s settle this which one is the best.?? 👀 pic.twitter.com/8rJmLaxQVe

Imagine if Sprite did an actual fruit punch flavor….
TTreat all day, fam.

Tahitian Treat brings you one step closer to diabetes with every sip and you know what? That’s fine by me. Tahitian > your favorite soda

While Faygo has the edge in diversity of choice, Tahitian Treat is a far superior flavor of red.

Faygo Redpop is made in the Blackest city in America, Detroit. It’s a superior product. Someone working on the Faygo line is named Leroy. Tahitian Treat doesn’t have the range.

Ok my midwest family. If we are talking taste, ima go with Tahitian Treat. But if we are talking legendary pop??? Faygo…specifically Faygo Redpop…is what we have crowned king. The FLAVOR is RED! *mic drop* https://t.co/Ow5qG2pZZq

Tahitian Treat after it done got a lil slush from the freezer GO DUMB https://t.co/UDpOld3xRd

Y’all scared me!! I saw Tahitian Treat trending and immediately thought they were discontinuing it! pic.twitter.com/gZE5pjzxNY

I haven’t had soda in a good 15 years but I remember Faygo tasting like struggle and the feeling of drinking battery acid lol. Tahitian Treat me https://t.co/8mFv6wd2SZ

Man ain’t no red pop in the world better than Tahitian treat. https://t.co/WDuiIFGpJv

Tahitian Treat is the best soft drink EVER. https://t.co/t1LmCcO0Am

How is Tahitian Treat even trending for this reason?! Soo disrespecting… Faygo really tried it 👇🏿 pic.twitter.com/VE4ZkszqQ2