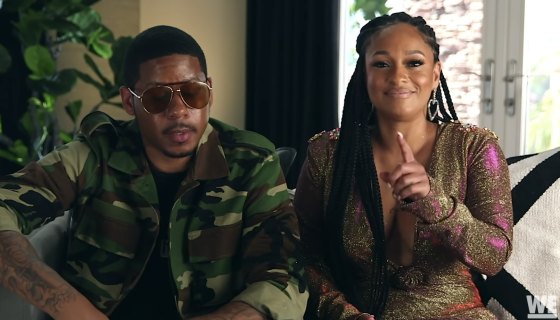 and are officially a couple.

According to the recent trailer for the upcoming season of WeTV‘s relationship series Marriage Boot Camp hit the internet, the couple and their “situationship” will be making its debut on the popular show’s Hip-Hop edition.

As reported by our sister site BOSSIP, while the origin of their intimate relationship is a mystery, in the trailer the pair explain how their friendship turned relationship blossomed, revealing that they basically grew up together in Harlem knowing each other and became good friends over the years. After ‘s infamous split with former Slaughterhouse member and podcast personality, the two eventually developed a “friends with benefits” style relationship that now has Tahiry asking what’s next.

“I mean we have known each other for a while,” Tahiry said in the trailer. “We went from friends to, friends with benefits to now he’s my boyfriend-can I call you that?”

In addition to Tahiry and Vado, former Love & Hip-Hop: Hollywood star and her significant other will also be on the show, alongside and his wife Tammi and will also appear on the show making her first return to reality tv since her scandalous departure from Bravo’s Real Housewife of Atlanta franchise.

, who met her boyfriend Medina on an elite dating site, shared that the two have yet to have , though they’ve been dating for months.

Check out the full trailer below.