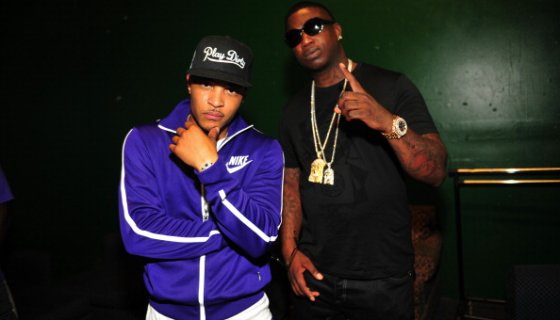 Among the giants of the south’s signature trap music, , , and Jeezy would be a fitting Mt. Rushmore-like list of names to represent the sound. In a new episode of Tip’s ExpediTIously podcast, Jeezy sat down and discussed the longstanding beef with Gucci but Twitter believes the blood is still far too bad between the pair.

T.I. approached the subject of Gucci and Jeezy’s beef gingerly, making mention that he too has had static with Guwop.

“Now what do you think is necessary to bring that sh*t together if anything,” Tip asked Jeezy, first without mentioning Gucci’s name. “And I understand we dealing with somebody who’s temperamental themselves. Our sh*t that we got with us versus their sh*t that they got with them makes it extremely problematic.”

Jeezy answered carefully, saying that he’d be down with a pow-wow with Gucci but it’d have to be done away from the glare of the cameras.

After the airing of the clip of the conversation, which later went viral, fans were quick to recap the tension between Gucci and Jeezy, with Pookie Loc, an affiliate of Jeezy’s CTE crew, shot and killed by in self-defense.

In a recent interview with Charlamagne Tha God, Gucci showed little remorse for the act despite his previous attempts to call a truce. The pair went back and forth on wax, with many saying Gucci getting the upper hand on the track “Truth,” perhaps one of the brutal diss songs of all time.

Twitter has chimed in with their thoughts on the beef and we’ve got the reactions below.

T.I. and Jeezy want to have a conversation with Gucci Mane to squash their beef pic.twitter.com/QNJAHdaqoS

Doesn’t look like Jeezy and Gucci Mane are ever gonna squash their beef. pic.twitter.com/C1Ywt6bvQ4

How the T.I., Jeezy, Gucci Mane meeting will have to take place pic.twitter.com/jVSvn3ftLo

Radric already showing signs of the old pot belly Gucci this year .. so it’s not happening.

They been tryna squash this since 2010 right? I guess now that they’re older it’ll work this time.