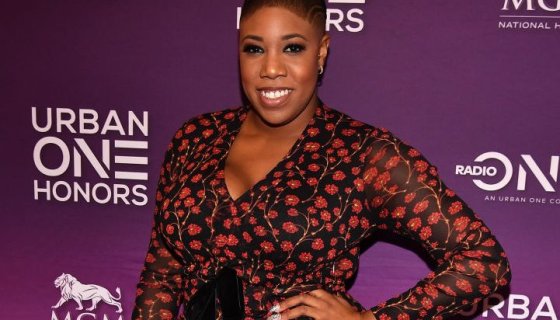 is, without question, one of the most dynamic Black voices on the political front as evidenced by her years as a political strategist and advising presidential campaigns. Partnering with My Black Is Beautiful, Sanders spoke with Hip-Hop Wired about the importance of the vote, the energy of the youth, and how voters this fall and beyond will have to tackle both voter disenfranchisement and racism while also still looms.

For background, My Black Is Beautiful is a growing digital platform founded by Black women in 2016, and has amassed over 2.5 million followers their Facebook group page, 52,000 followers on Twitter, and over 60,000 followers on Instagram. Since the top of the month, MBIB has launched a series of conversations with some of the most dynamic Black voices tackling serious conversations such as mental health and other topics the #HowWe hashtag.

MBIB is currently working on the #HowWeWin initiative which is aimed to examine ways to stay committed to the democratic process despite the many barriers that continually spring forth in the lane of voters. The group is also combating what it is framing as the “two evils” of COVID-19 and racism in the Black community and the effect they’re having on our daily lives.

We spoke with Ms. Sanders about her partnership with MBIB, the two evils, and how we can show up and get involved electorally.

“As we’re seeing in the news right now, racism and COVID-19 are the two viruses, the two evils, plaguing our community today,” Sanders said of the work MBIB is doing. “So with MBIB, we’re hoping to aid our people in the coming months ahead of November and also, as we saw this week, with the ease of voting at state and local primaries across the country in key states.”

When we asked about how the current youth movement for police reform and its connection with the concept of civic participation, Sanders corrected the course of our question in regards to young people becoming more active i the civic discourse.

“Without question, everything that’s happening in the world and making things move on the civic front is because of young, Black people, especially women,” Sanders countered. “I’m a Black, bald, beautiful woman and that’s why MBIB’s efforts are to be applauded. But more than civic participation, we need our young people to be involved electorally.

Sanders continued with, “November is coming up fast and presidential races are always important but 2021, plenty of gubernatorial races and other state elections are equally as important as who gets to move inside the White House. If we’re not involved in the process of our democracy on the electoral level, then we have to change the course and that is something MBIB and myself are deeply committed to.

As a native of Omaha, Neb., Sanders, who grew up in the city and attended college there as well, confirmed that even in her time, there have been certain barriers that made the voting process more difficult than it should be. She was careful to note that while the Black vote and the ease of the process is a paramount portion of MBIB’s larger campaign, Sanders stressed that Americans of all backgrounds deserve the same access to the polls.

“Growing up, I certainly faced some issues at the polling place in my hometown and I’ve heard that from others,” Sanders shared. “And think about voting in this climate with COVID-19 and its effect on the older population. Many of poll worker volunteers are retirees and the most at risk for contracting the virus. A key way that young folks can become a greater part of our democracy and to boost quality public health is to volunteer at their local polling place and stand for those who stood in for us so many years.”