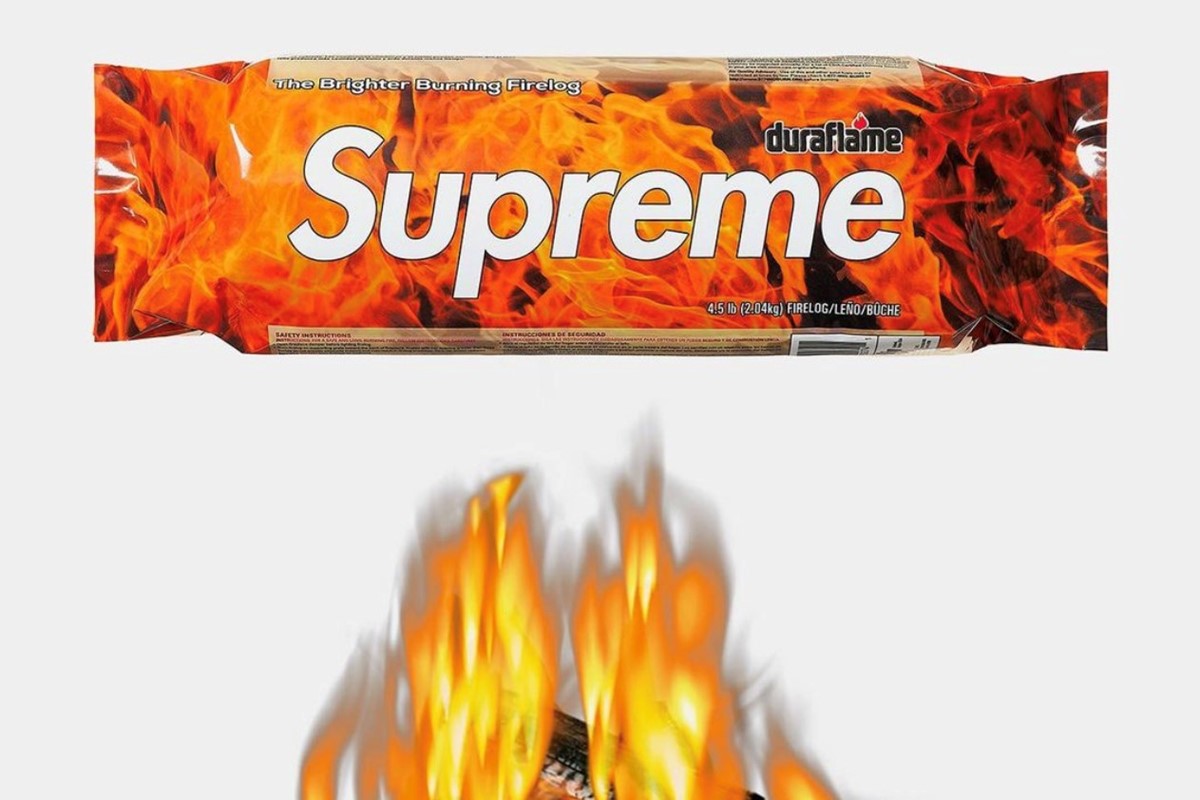 As part of a wider collab with Timberland, the skate brand is releasing a set of Duraflame firelighters

Shrek, Bibles, Louis Vuitton. There is very little that Supreme will not, and has not, wrapped itself around in the name of collaboration, even teaming up with the city of New York on a subway train for a city-wide takeover of public infrastructure. Teased today on social media by DropsByJay, the skate brand’s latest target comes in the form of Duraflame, a firelighter, which lasts for three hours until it disappears in a wisp of smoke.

The fledgling fashion designers that took ​​Hyères Festival by storm

Used in household fireplaces, bonfires, and barbeques, the irony of, quite literally, burning money is not lost on Supreme. Drop after drop its wares are hawked on resale sites, with users making hundreds, if not thousands, of pounds by flipping products emblazoned with its slanted logo. Nor is the irony lost on fans, either, with one vowing to “sell the ashes of each log I burn to the biggest hypebeast ever”. The two kilo firelog, which could see teenagers venture off Twitch and into the great outdoors, singing Kumbaya – or Lil Pump – around a campfire, is the first look at a wider collaboration with Timberland.

While little else has been revealed of the partnership, Timberland and Supreme both fall under VF Corporation, the American conglomerate that owns previous collaborators The North Face and VANS. The Supreme firelog is set to go on sale October 28, and forms part of the label’s wider AW21 collection, which paid homage to the New York Yankees, DMX and Nas, Dickies, and Skittles. See more of that here.