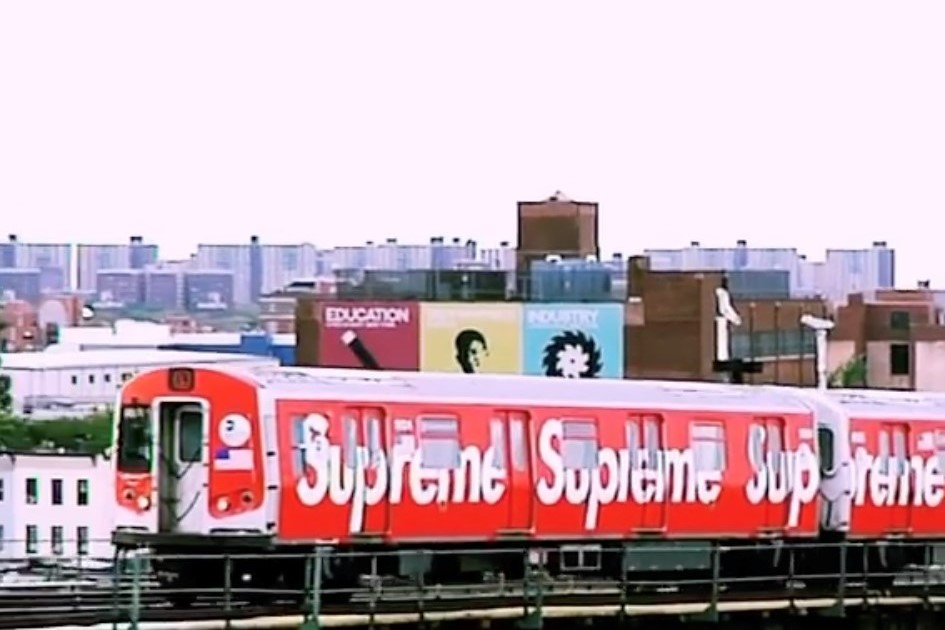 The skate brand and New York City’s transport system have come together on a ballsy, branded subway train

Oreos, housing bricks, Louis Vuitton. There is simply no object that Supreme will not, and has not, wrapped itself around in the holy name of collaboration – even blessing $500 Bibles with its slanted sans serif logo. But now, the skate brand has seemingly turned its attention away from private collectibles and towards public infrastructure.

As spotted by @IDKwhyImHere, the label’s latest collaboration puts the rail in grail, teaming up with the city of New York on a Supreme subway train. The Twitter user, based in Brooklyn, first uploaded images of the L Train moored in New York’s transport depot last week. The news was then corroborated by a representative from the Metropolitan Transportation Authority, who told local news station WCBS that the Supreme rail car was the first time a train had been wrapped head-to-toe – marking a new revenue stream for New York’s transport system.

While the inside of the carriage remains untouched, its pillar box paint job can be spotted travelling from Manhattan to Brooklyn, making stops in Supreme’s stomping ground – Williamsburg – along the way. Back in 2017, the MTA and Supreme collaborated on a branded MetroCard that commuters could purchase at a handful of city stations. The tickets were predictably hoovered up by resellers, however, and were soon hawked online for $50. Good luck trying to get the L train onto Grailed!