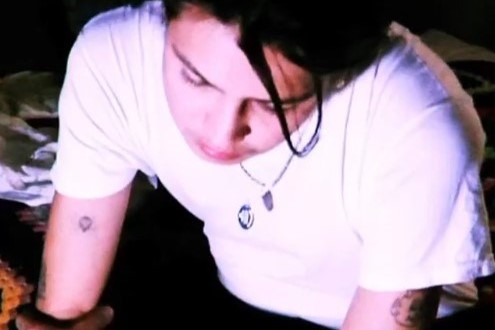 If August’s collaboration with Beyoncé and Jay Z marked a change in direction for the heritage jeweller Tiffany, then its upcoming Supreme drop can be seen as an even bolder effort to tap into the cultural zeitgeist.

First rumoured back in September, an official Supreme x Tiffany & Co. collab has now been confirmed with twin videos posted to each of the labels’ Instagram accounts, though the hazy, slow-motion visuals leave plenty to the imagination.

What we can see, in both, is Supreme skateboarder Sean Pablo wearing a piece from the forthcoming collection, in the form of a pearl necklace bearing an oval silver pendant. The pendant itself bears the iconic Supreme box logo, alongside a nod to each brand’s New York heritage and the “925” engraving that represents the item as sterling silver.

For now, other products that are rumoured to be included in the Supreme and Tiffany link-up, such as sterling silver necklaces, a luxury pocket knife, and a box logo t-shirt, are still TBA.

Tiffany’s contentious campaign featuring Beyoncé and Jay Z — which saw the musicians pose with a previously-unseen Basquiat and the famous Tiffany Diamond — followed another with BLACKPINK’s Rosé back in April.

The point to all of these buzzy collabs is pretty clearly summed up by the jeweller’s recent tagline, revealed after its acquisition by LVMH earlier this year: “This is Not Your Mother’s Tiffany.”

Take a closer look at the Supreme x Tiffany & Co. teaser below.