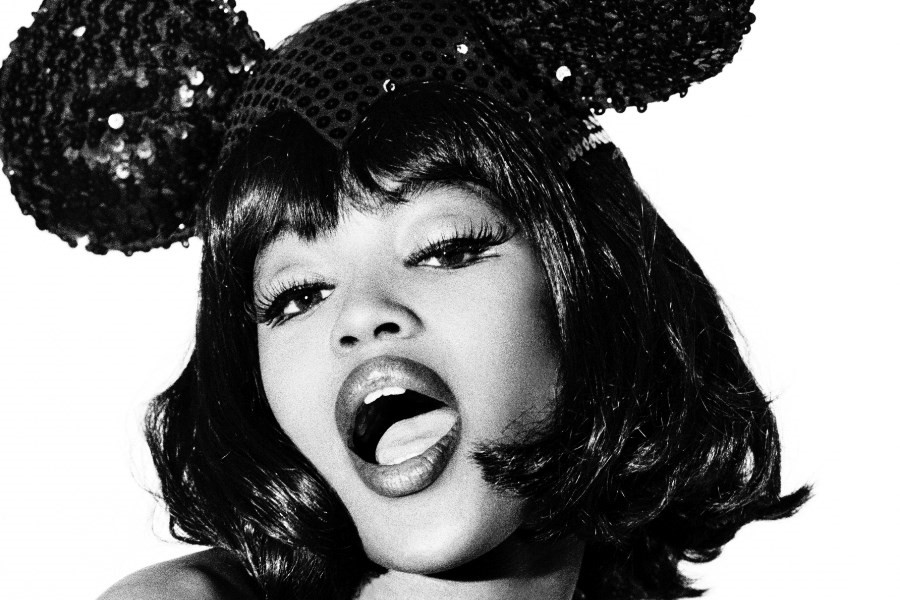 “We have this saying, Christy Turlington and I… we don’t wake up for less than $10,000 a day,” Linda Evangelista once told a Vogue reporter in 1990. Fabulous and frightful in equal measure, that remark continues to stalk Evangelista, despite the fact that supermodels are now making much, much more for doing much, much less. Back in May, Kate Moss earned $17,000 without having to leave her bed, selling a pre-recorded video, Sleep With Kate, as an NFT, while Christie’s auctioned an NFT of Emily Ratajowski for $175,000. Perhaps Evangelista’s demands were not too outrageous, after all.

Now, Claudia Schiffer, Naomi Campbell, and Kate Moss are being flogged as NFTs by Cyrptograph, a celebrity digital auction house. Supermodel Series will see five images of the supers, shot by Ellen von Unwerth in the 90s, reimagined as ghostly, digitised videos. As Claudia Schiffer’s hair bounces away on-screen, the sequins of Naomi Campbell’s Mickey Mouse ears, which first appeared in the pages of Italian Vogue, begin to glint like an Old Hollywood advert.

The first chapter in a series of drops, a percentage of the auction will benefit UNICEF, Campbell’s Fashion for Relief foundation, and Paediatric Home Care Team for Diabetes. The photographer, who landed her first campaign for Katharine Hamnett in 1989 after just two months of owning a camera, noted that she was “so excited” to launch the project with “three of my favourite icons”. The collection will go live on Cryptograph on Thursday 21 October at 1pm EST.

Check out the gallery above to see what’s up for grabs, and head here for our guide on WTF an NFT actually is.