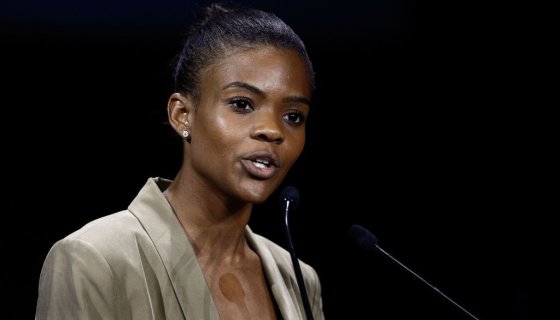 Sunken place ambassador is giving us the opinion that no one asked for.

According to published reports, on Thursday (May 28) took to YouTube to live stream and discuss the current events going on across the country involving Black America’s reaction to there continued police brutality that has plagued the country for decades.

During the live, Owens calls out Black America for celebrating NBA superstar , who she mistakenly calls a “football player”, and shunning notable contributors like Dr. Ben Carson and Condoleeza Rice for their educational status and economic point of view.

“To be Black, you need to celebrate LeBron James. You’ve got to say that you want to be a football star, right? LeBron James the greatest, right,” Owens said. “When you see someone like Dr. Ben Carson, Dr. Condoleezza Rice, you call that person a coon, because they betrayed you. Do you want to know why? Because they’re talking about economics. They graduated, and they’ve got tons of degrees. They’re not being Black enough. Don’t listen to them. Listen to LeBron James, when he throws on the Beto cap and tells you that we’re literally being hunted down, right? Because he’s not educated, right? Celebrate that.”

As if her ideology couldn’t get any worse, Owens then proceeds to call protestors “trained chimpanzee” for being upset about the social injustices.

“That’s how you have to be Black”? Listen to your psychological conditioning,” Owens continued. “If to be Black, you can’t speak in proper English, or you’re “acting white.” Right? To be Black, you instantly have to jump up like a fucking trained chimpanzee – excuse my language – like a trained chimpanzee every single time the media runs a story, and act angry, and riot, and talk about how pained you were to see this happen to Black people, but keep your mouth shut, right, when it happens Black-on-Black because if you talk about the Black-on-Black crime, you’re a race traitor, right?”

Owen’s reaction towards Black protestors, much like those of the bigots she represents, is a stark contrast to her reaction towards the white-armed Militia who stormed the capitol building in Michigan over stay at home order to prevent the spread of Coronavirus. Not only did Owen’s sympathize with the white protestors, but her for encouraging the militia to get violent.

“Apparently @GovWhitmer believes she is a duly elected dictator of a socialist country. The people of Michigan need to stand up to her. Open your businesses. Go to work,” she tweeted. “The police think she’s crazy too. They are not going to arrest 10,000,000 people for going to work.”

In addition to calling protestors “Chimpanzees”, Owens falls deeper into the sunken abyss compare the systematic oppression that African Americans face in America to the Scottish separation from England in the 17th century.

“Scottish people were severely behind the English people, just in terms of everything. And David Hume inspired and uplifted and challenged the Scottish people by saying if we want to get ahead, we have to learn English,” Owens said. “In a matter of years, in a matter of decades, the Scottish people passed the English people in engineering, and in the sciences. And it’s because they challenged themselves to be better, and not to be worse. They didn’t pretend that somehow having a broken language, having broken-down families was a symbol of who we are. And that is so unique to Black America. I won’t subscribe to it. People say that’s how you have to be Black.”

Check out the brainwashed video below.