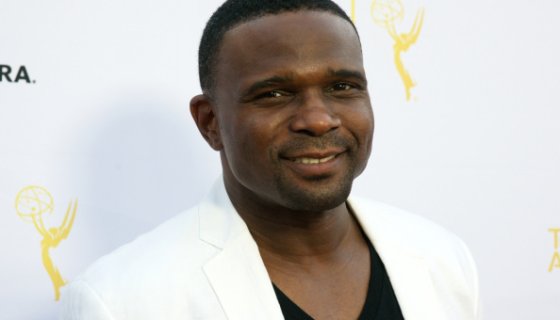 , aka Eddie Winslow from Family Matters, definitely should stay off social media today.

The actor famous for his role on the classic TGIF ABC family sitcom is getting flamed on Twitter. is currently trending right now because one people clearly don’t know the man’s name and the BET show, American Soul shared a photo announcing he will be portraying the late Godfather of Soul, James Brown. Let’s just say McCray’s James Brown look is an absolute pure struggle.

The King Of Soul is making his way to Soul Train! Don't miss James Brown (@DariusMccrary) on #AmericanSoulBET this Wed 10/9c! pic.twitter.com/cv1xydljWC

Twitter users wasted no time clowning McCrary’s portrayal of James Brown ahead of his appearance in the show that is based on the true story of Don Cornelius and his hit dance show Soul Train. One Twitter user hilariously asked if Winslow is playing Viola Davis or James Brown?

This is definitely not the response BET was looking for when the show’s official Twitter account decided to let the photo go. But who knows this may also work in their favor and will lure in even more eyes eager to see McCrary portray Brown because the “I Feel Good” singer was such a polarizing figure.

We all need a good laugh, especially during these times. Thank you, American Soul, for providing the humor even if it was unintentional. They say there is no such thing as bad press, so we will see if this is actually the case when American Soul airs 10/9c on Wednesday. Until then, Eddie caught plenty of jokes, and you can see them all in the gallery below.

Eddie Winslow is out here looking Fred from a black version of scooby doo pic.twitter.com/4erQAyWpf0

BET needs they ass whooped. Got my nigga Eddie Winslow in this Holiday Heart wig pic.twitter.com/MTnNvcKr33

Damn they got Eddie Winslow lookin like Madea, Ving Rhames, James Brown, Estelle Winslow and Ashtray Grandma from Dont be a Menace all in one shot. That's impressive. pic.twitter.com/W2Oa5eZc4S

BET why y'all got Eddie Winslow dressed like he's interviewing for the Aunt Jemima rebranding campaign pic.twitter.com/Ur7wYYTCd4

These folks got Eddie Winslow trending like this is this man’s real name, I am dying pic.twitter.com/xncpxUVPtq

why is eddie winslow trending? that is not that man's name. ya'll are TERRIBLE. pic.twitter.com/CfYaKEkFse

Eddie Winslow trending like this man doesn’t have a government name pic.twitter.com/aJOIKO63YE

No Eddie Winslow slander will be tolerated….can't be no worse than this pic.twitter.com/CEji4FBXCI

Why did BET put Eddie Winslow in this “the help” wig 🤣🤣🤣🤣🤣 pic.twitter.com/SnNy5FGSVr

y’all got Talcum X and Eddie Winslow trending and I just— pic.twitter.com/BTJeP5aP7G

Eddie Winslow out here looking like your grandma's friend that's got a light mustache, and always be messing with married men.