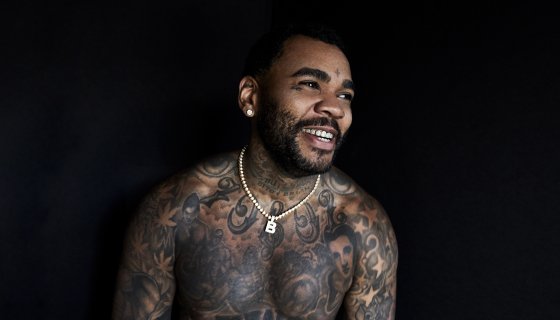 has a whole lot of explaining to do. Footage of the rapper blowing an anonymous (so far) woman’s back out has hit the Internets, and the consensus is that it’s not his wife.

But strangely enough, plenty of the commentary is about the clip not featuring any of the wild, freaky ual antics he cops to partaking to in his music.

WTF is this???? Hes not allowed to talk his shit anymore. #kevingatesvideo pic.twitter.com/MMf2rAYdh7

Kevin gates: "One thang I really love is making love to the pussy"

There’s that, and the fact that the clip features a side chick, and not his better half Dreka.

Also there is no doubt that the video is indeed Kevin Gates since he is the one taking the video and looking right into the camera. And lastly, not a condom is in sight. Bruh!

So how did the clip get out? Hitting send after accidentally tapping on the wrong video? Revenge from the side chick? Hackers? No matter the cause, the struggle is real.

What a time. Peep some of the illest reactions below.

sooooo … they linked kevin gates tape & it’s not dreka in the video w/ him… pic.twitter.com/Qfj4zNfUXJ

The fact that y'all worried about #kevingates stroke & not the fact that it wasn't Dreka in the video?

So wait, people see a 45 second clip of Kevin Gates and disappointed that he didn't do all the shit had says he does on 5 albums? Y'all expect him to eat ass while holding the camera? #kevingatesvideo pic.twitter.com/3tli1gVJHp

Kevin Gates is a celeb that was fucking his broke side bitch. Yet the side bitch union on Twitter is irate because they can't understand why he isn't putting in work to please his side bitch, like he please his wife. Can't make this up 😂 #kevingatesvideo #kevingates

It’s one thing to cheat on your wife. It’s another thing to not even wear a condom. AND you the one recording the video?! My goodness. #kevingatesvideo pic.twitter.com/qbJqMLfMlg

So let me this this straight…Kevin gates wiped off his arm and gave traci the cold shoulder during an interview because he is a holy man and has respect for his wife…now there’s a video of him cheating on that same wife during Ramadan #kevingatesvideo https://t.co/WF2VonnMsp

Me after seeing why Kevin gates is trending online #kevingatesvideo pic.twitter.com/4o9z4978iO

Me watching the #kevingatesvideo & seeing him not do shitttt he was talking about in those songs. pic.twitter.com/vb7EgG74H4

How the chick from Kevin Gates tape felt after it was all over… #kevingatesvideo pic.twitter.com/LvQeDp9BgC

Kevin Gates out here having unprotected with random bitches knowing he has a wife at home. HE BELONGS TO THE STREETS. pic.twitter.com/iKj5BvGvdG

ion like how everybody seen kevin gates tape but me😖 pic.twitter.com/1sbfQMDaCh