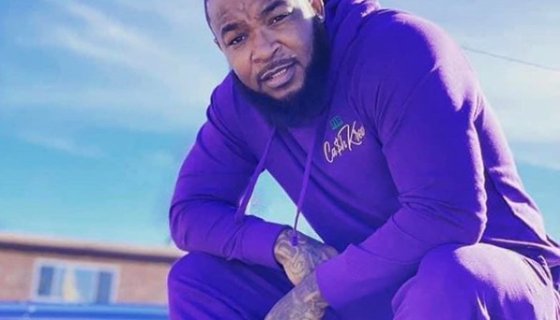 Huey, who hit it big with the single “Pop, Lock & Drop It back in 2006, has been reported dead. The St. Louis rapper was the victim of a shooting incident in his hometown of Kinloch, just outside of , as an investigation is still ongoing.

According to local news outlet Fox 2 Now, Huey, real name Lawrence Franks, Jr., was shot and killed in Kinloch late Thursday (June 25) night in his hometown. Details are scant at the moment but news of the killing made its way to social media where fans fondly remembered Huey’s smash hit, which he released as a teenager.

Huey released his debut album Notebook Paper in 2007, bolstered by the double-platinum “Pop, Lock & Drop It” single Hitz Committee and Jive Records. His studio album Redemption came EMI in 2010. Huey dropped a pair of mixtapes after his final studio album and has been relatively quiet on the music scene.

Back in 2009, Huey was reportedly a possible target of a drive-by shooting in St. Louis that left three people dead according to a RIverfront Times article. Bruce Franks Jr., a former Missouri congressman, was the older cousin of Huey.

They killed my lil cousin😢 https://t.co/jgrv7cqJHV

Across social media, fans are remembering Huey’s song and the video for “Pop, Lock & Drop It,” some who were teens themselves when the rapper first found fame.

UPDATE: The St. Louis-Dispatch’s report offered more details, revealing that there were two men shot in front of a home in Kinloch. The other victim suffered non-life-threatening injuries.

The last time we performed together! Y'all knew him as Huey, to his loved ones he was LJ! My lil cousin! Rest Easy! This shit us hard man!😢 pic.twitter.com/Vq16Ju944U

STL native Huey, best known for his classic single “Pop Lock & Drop It”, was shot and killed earlier tonight and was expected to shoot a video this Saturday. This just hit home fr 🙏🏿 pic.twitter.com/yO1bguNmG4

rip huey thank u for blessing with this gem in the early 2000s we really enjoyed it😩😭 pic.twitter.com/4CvcM9e1Kz

Huey ? The genius artist behind pop lock and drop it ? The reason my knees are strong today ? I’m distraught … RIP Huey 🙌🏾 2020 please stop the bullshit pic.twitter.com/kRNxP1ugrB

RIP Huey. Reminder: once you make it, leave the fuckin hood and don’t come back.

FOR FUCKING WHAT MAN?! Why are y’all killing everyone man? FUCKING STOP MAN.

I use to be fucking it up. Rip Huey. pic.twitter.com/Xu9L9r8XLX

RIP Huey what a terrible year full of shiet 😰 Rest easy Champ we will miss you.. I used to listen to his songs when I was a kid pic.twitter.com/rAGIofHkCV

“Yeah, you cute but don’t let that shit go to your head because what this cutie won’t do another one will”. RIP Huey will never forget that era.

Wtfffff 2020 .. 😭 rip huey gave me knees of steel back in middle school.. they better be tooting it up for you up there ❤️ https://t.co/5Rf6QrtUZT

Y’all think y’all some star twerkers and pussy poppers now, but Pop, Lock and Drop It was gonna TEST them KNEES, hips and thighs like no other!! #RIP HUEY! Rest with the ancestors🙏🏾😂😭 pic.twitter.com/KK34y4KQcL

Jus a lil over a month ago you reached out to me & said.. "Corleone..we gotta do a party together.. i wanna do a exclusive pool party in a exclusive spot.. lets find one…".. Damn bro.. this hit hard… Rest well my friend.. #HueHef #BabyHuey #MrPopLock&Dropit #CashCrew #ForeverHuey