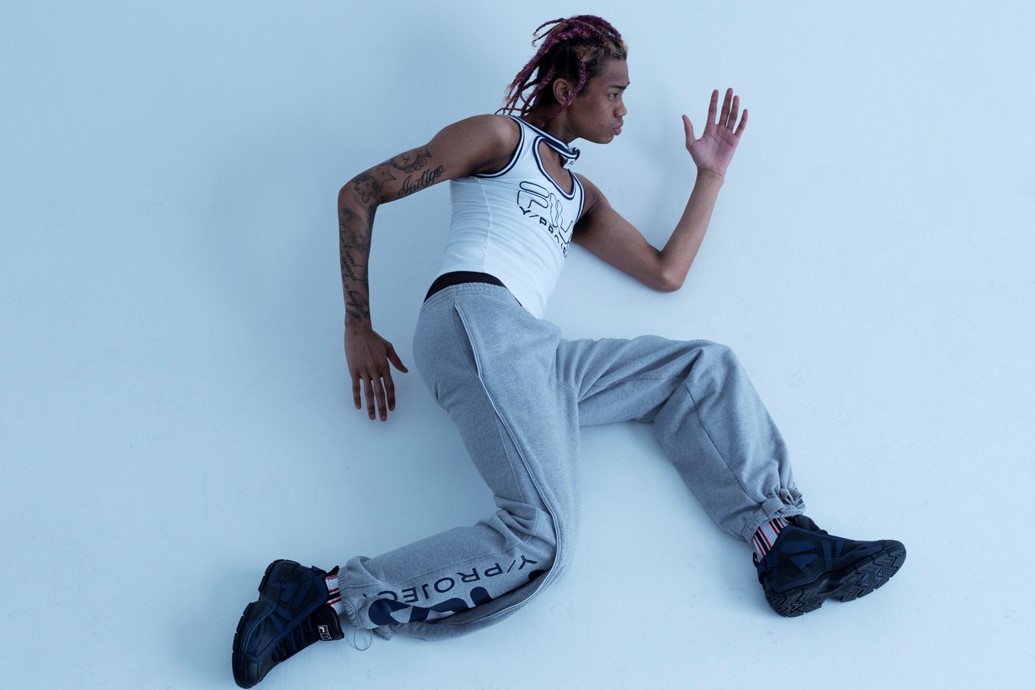 Complicated and confusing, to wear a piece of Glenn Martens’ clothing is a little bit like playing designer, toiling over how to best incorporate a lopsided waistband, extraneous neck hole, or flailing wraparound sleeve. By twisting functional details – like buttons, zips, and collars – to subversive effect, Martens grants his shoppers the final sign-off on a look, reinvigorating the actual ritual of getting dressed. Be it at Y/Project, Diesel, or Jean Paul Gaultier, fashion fans are in thrall to Marten’s topsy-turvy fashion puzzle – like Wordle, but with clothes.

As part of Y/Project’s SS22 collection, the designer debuted a collaboration with Fila, which remixed and challenged the principles of sportswear. Tracksuits were transformed into three-legged skirts, sweaters were spliced and rearranged into a jumbled pile, while windbreakers came warped and whorled with adjustable wiring. It’s the kind of stuff that would stir panic in fair-weather fashion fans and that’s precisely why Y/Project has acquired such a cult reputation (despite coming from one of the industry’s most in-demand designers). Click through the gallery above to see more from the collection, as captured in the pages of Dazed’s spring issue.

Is fashion making a worrying return to size zero?