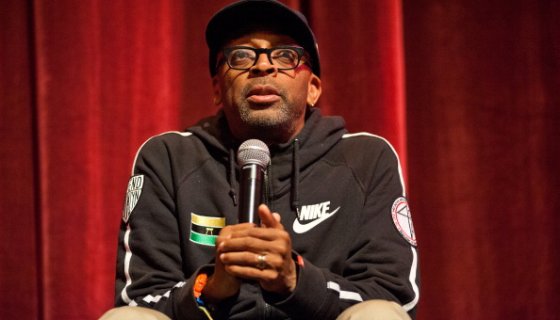 When it comes to speaking out about social injustice, is known for not holding his tongue.

On Monday (June 1), during an interview with over the current unrest taking place in cities across the country, premiered a short video featuring clips from the intense and crucial scene in his iconic film, Do The Right Thing, Juxtaposed with the real videos of the murders of both and at the hands of police.

Titled “3 Brothers,” the short begins with a title card reading “Will History Stop Repeating Itself?”, and then cuts between clips of Floyd and Garner’s encounters with police, and Radio Raheem’s death by strangulation from the film.

"The attack on black bodies has been here from the get-go," says filmmaker Spike Lee, responding to protests over George Floyd's death. "…I am not condoning all this other stuff but I understand why people are doing what they are doing." https://t.co/K5Gzn1gRT0 pic.twitter.com/sxnZJ9xRpi

Spike Lee also took time to address viewers who were denouncing the protests or calling them violent by pointing out that Black people have had a history of being dealt with violently in the country,

“The attack on black bodies has been here from the get-go,” says filmmaker Spike Lee, responding to protests over George Floyd’s death. “I am not condoning all this other stuff but I understand why people are doing what they are doing.”

“3 Brothers” marks the second short film that Spike Lee has released since March. His previous short, “NEW YORK NEW YORK,” was a love letter to the city of New York and its people during the coronavirus crisis.

In addition to his film shorts, Lee also on the eve of the release for his , which is about four African-American vets who return to Vietnam to find buried treasure and the remains of their fallen leader, is scheduled to be released Netflix on June 12th.