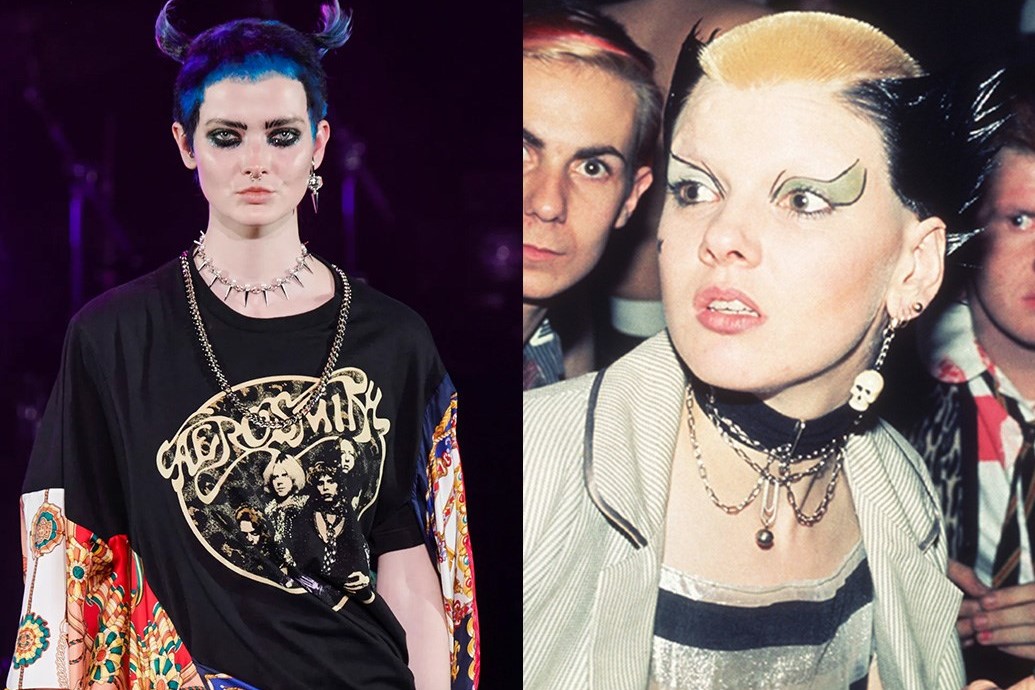 From the Sex Pistols to the Soho club scene, we unpick the iconoclastic London figure’s anarchic legacy

Junya Watanabe turned out a medley of punkish staples this weekend as part of his AW21 collection – an already chaotic concept, which the Japanese designer took even further by diffusing pieces with his trademark splices, patchworking, and hybridisation. Nylon bombers collapsed into dresses, silk scarves extended from grotty t-shirts, and denim was splayed into pleated skirting, forging a line-up of looks that rebelled against categorisation altogether.

It was a pugnacious offering indebted to the iconoclastic characters seen on the frontline of the punk movement of the 70s and beyond, but it was the beauty department that turned out the most palpable referencing of all. With models making their way down the catwalk with severely cropped cuts and formidable finned-out hair, many of Watanabe’s new season troupe embodied Soo Catwoman – who, in the mid-1970s, became the legendary face of subterranean London punk.

Although Watanabe was born and bred in Japan, he’s a proven Anglophile. His first collection was made from ripped-up sofa fabric, old curtains, and men’s tweed coats that he’d found at flea markets on a trip to London, and it’s not the first time he’s seemingly referenced Catwoman, either. As part of his AW17 show, a string of models stomped down the runway in leather, tartan, and warped Union Jacks that twisted around their bodies, clompy creepers and hefty Doc Martens on their feet. Catwoman’s influence was evident throughout, in his cast’s heavily daubed make-up and technicolour hair.

Soo Catwoman’s scene days may have been short-lived – she informally left punk in 1978 to become a mother of two and now lives in Twickenham, where she prefers to spend her days “watching a movie and ordering pizzas” – but her image still looms large in the memory of punk and British subculture. From the Sex Pistols to the Soho club scene, we take a brief look at her anarchic impact below.