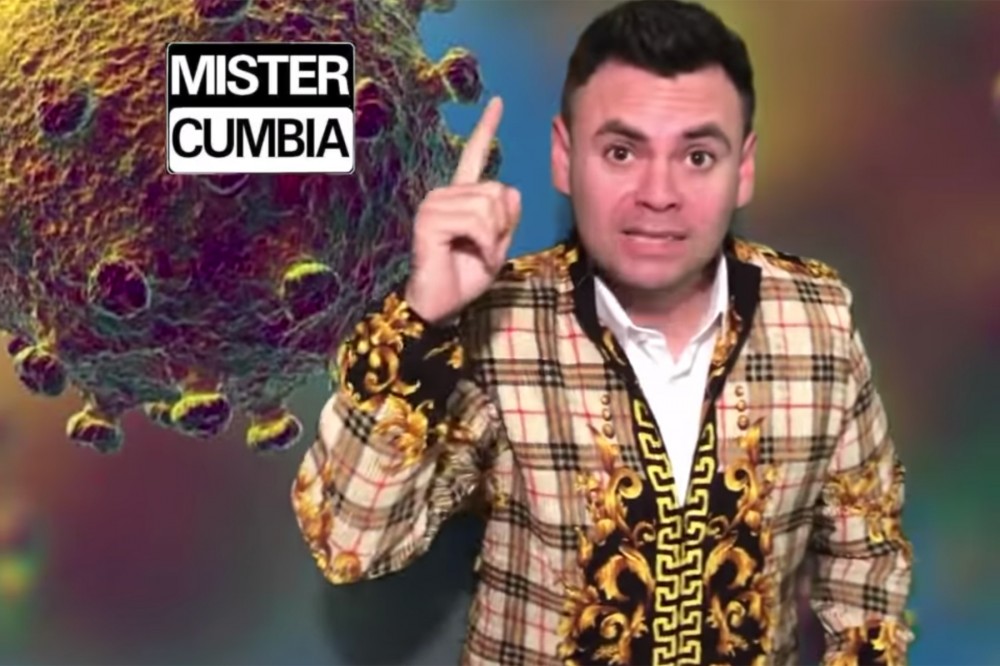 The spread of COVID-19 is boosting a trio of songs across Latin America this week: Mister Cumbia’s brassy “La Cumbia Del Coronavirus,” Kaseeno’s hard-charging “Coronavirus,” and Yofrangel and Fraga’s darting “Corona Virus” are performing well on the Spotify viral charts in multiple countries.

This is both bizarre — who needs yet another reminder of the deadly pandemic sweeping the globe? — and entirely characteristic of modern listening habits. When almost everything is easily accessible, a surge in musical interest can come from anywhere. Literal-minded fans who keep a close watch on their calendars cue up Earth, Wind and Fire’s “September” and Green Day’s “Wake Me Up When September Ends” every fall, leading to a sizable jump in streams. Why? Simply because both songs invoke September. Every December, Mariah Carey’s “All I Want For Christmas” gets more popular.

Artists have taken note of this tendency and incorporated it into their writing process, fishing for streams by creating songs about popular topics. “The thought of, ‘how am I gonna get someone to click on my song?’ factors into the creation of that song,” the producer Warren “Oak” Felder explained last year. Reaching for an example not long after Popeyes and Chick-fil-A had engaged in a social media battle over the quality of their food, Felder continued, “I wouldn’t be surprised if someone wrote a song called ‘Popeyes chicken sandwich.’”

Inside Cumbia's New Wave: How Raymix, Becky G Are Updating a Classic Genre

Dembow Took Over the Dominican Republic. Can It Take Over the World?

'Let It Bleed': Why the Stones' Nastiest Masterpiece Feels Right on Time

Since it’s nearly impossible to have a conversation at the moment that does not in some way revolve around the coronavirus, a slew of songs have arrived to ride the wave of interest. “La Cumbia Del Coronavirus” was released January 26, “Corona Virus” followed on February 7, and “Coronavirus” dropped February 13. (There are many other similarly titled tracks on Spotify that have not yet reached the platform’s viral charts, including the Cardi B-sampling track released last Friday.)

Mister Cumbia’s single, which asks listeners to wash their hands and use disinfectant, is Number One this week on the Spotify Viral 50 in Argentina, Bolivia, Chile, Colombia, Costa Rica, Guatemala, Paraguay, Peru, Spain, and Uruguay; it’s Number Two in Ecuador, Honduras, and Mexico. In both Spain and Chile, the three most popular songs on the Viral 50 are all titles related to the Coronavirus.

This type of popularity feeds itself — the widespread interest in “La Cumbia Del Coronavirus” across Latin America led to its debut on the Global Viral 50 this week. That can potentially introduce it to a wider pool of listeners, since the playlist has over 1.6 million followers. The single has become one of Mister Cumbia’s biggest songs on Spotify, and it has earned more than four million views on YouTube. Similarly, “Coronavirus” is the most popular song Kaseeno has made to date, while “Corona Virus” has even moved outside of the Spanish-speaking diaspora, attracting viral interest in Italy and earning far more YouTube views than all but one of Yofrangel’s other videos.

COVID-19 is also influencing rollout strategies. The Dominican singer Chimbala released a remix of his hit “Rueda” on Thursday, and he plans to support it with “a bunch of memes around coronavirus,” according to Pedro Guzman, who leads music operations for MediaNet Partners, which aims to invest in local Dominican labels so they can grow without requiring assistance from majors.

“The reality is it’s the first time you’re releasing a song when you know that everybody receiving it is going to be sitting at home,” Guzman explains. “Rueda” is a club single, he continues, so “your reference points for this type of music are usually for DJs, getting people to go out. Since it’s the first time that people aren’t able to move from home, we’re trying something different, working with the guys from the label to get some humorous things going behind it.”

In the next month, it’s safe to assume more artists will try to draw on the vast amount of attention currently focused on COVID-19.