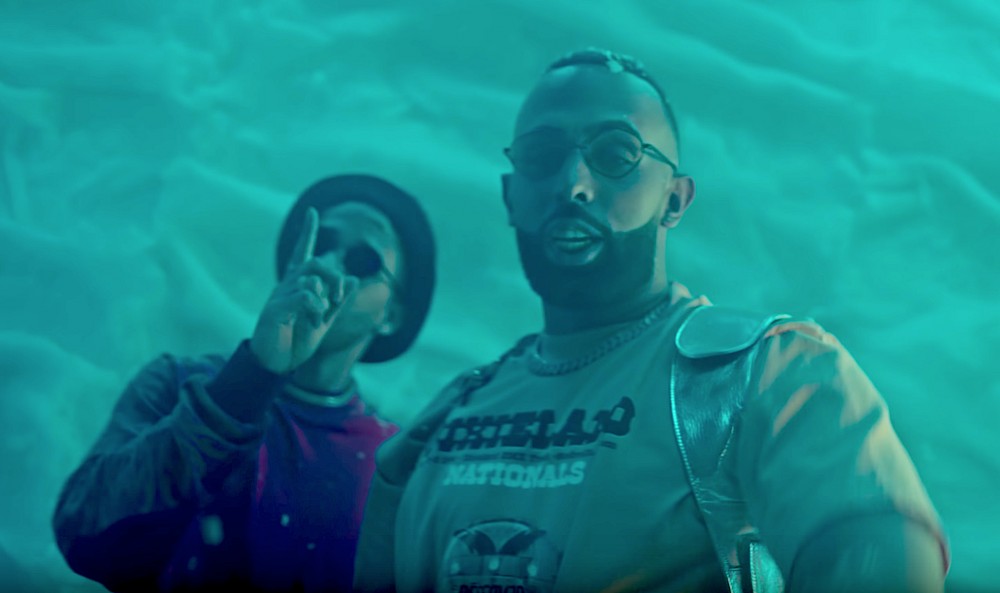 The drip determines everything nowadays in trap. Iced-out watches, bracelets, rings, and other bejeweled accessories signal success in line with the most braggadocious of a given rapper’s bars. But the coldness goes deeper than swag on “Hielo,” the latest single by Puerto Rican urbano artist Eladio Carrión and hit-making songwriter Jhay Cortez.

Sure, Carrión drops references to VVS diamonds; yet the hook on this crisp single makes clear that nothing freezes like a certain someone’s kiss. The two pitch woo at the ladies they’re eyeing as traperos do best, promising lavish gifts and virile escapades beyond compare. Considering Cortez’s glow up over the past six months or so — having transitioned from penning smashes for J Balvin and others, to making his own with 2019’s “No Me Conoce” — lending his co-sign to Carrión feels like a boss move.

A formidable entry in the burgeoning trap romántico canon, with an arctic music video to match, “Hielo” is just one of more than a dozen collaborations found on Sauce Boyz, Carrión’s recently released full-length debut. While so many of his Spanish-language peers in the genre have traded raw realness for dembowed pop departures, he remains loyal to the game and committed to the hustle. By his side, you’ll find like-minded spitters such as Cosculluela and Miky Woodz, as well as OGs like Arcángel, all too happy to feed the streets. Bad Bunny blesses “Kemba Walker” with one of the hardest verses of his career, while Cazzu gives her own faded perspective amid the boozy blur of “Hennessy.” And while these team-ups and posse cuts with fellow musica urbana types gives Sauce Boyz its foundation, Carrión reaches across the aisle to make some fairly memorable bilingual connections with SoundCloud rap pioneer Smokepurpp and soaring Seattle-area teen Lil Mosey.

Sauce Boyz is out now on Rimas Music. Find a playlist of all of our recent Songs You Need to Know selections on Spotify.