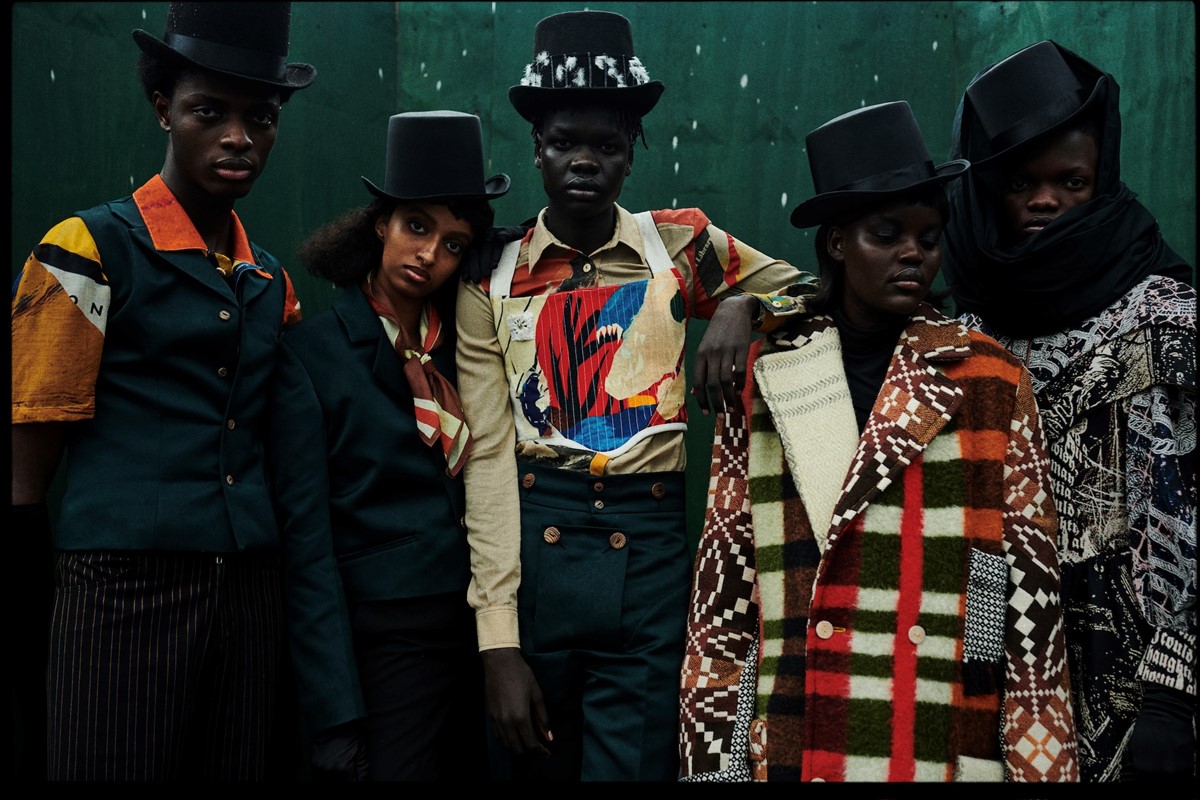 With features from Dominique Jackson and Dionne Warwick, the singer’s creative studio, Saint Heron, has produced a compelling short for the 2021 Woolmark Prize

Solange loves a stark white staircase. From the swirling walkways of the Guggenheim or the cubic platforms of her Metatronia performance, to the staggered pulpits that backdropped her Sydney Opera House concert, the musician frequently returns to the temple-like sanctuary of her chalky steps. It’s a fitting image for the floaty, and often healing, nature of Solange’s work, much of which centres around the sanctity of Black womanhood.

The singer herself reflects back a sense of ascendancy, both in her languid movements on stage and her expansive explorations as an artist, musician, and now, filmmaker. Alongside her newly-established creative studio, Saint Heron, Solange makes a pilgrimage back to her poetic stairways, which she has dotted about the appropriately titled fashion film made for the 2021 edition of the International Woolmark Prize. Directed by Wu Tsang and styled by Dazed’s Ib Kamara, Passage spotlights the collections of competition finalists Bethany Williams, Casablanca, Kenneth Ize, Lecavalier, Matty Bovan, and Thebe Magugu.

“Whether it be through album artwork, stage design, or filmmaking, I’ve always sought to create new visual languages that encompass the expressions my other works cannot communicate,” Solange says. So while the project may seem like an unlikely venture for the singer, she describes the filmmaking process as an extension of her “interest in theatrical production through the translation of identity, spirit, philosophy and creation”.

Whittled down from over 380 applicants, the emerging designers were tasked with designing a six-look merino wool collection, working to the concept “less is more”. Yet with features from Pose’s Dominique Jackson and Grammy Award winner-cum-Twitter fiend Dionne Warwick, the same cannot be said about the film itself, which centres on the six stages of creation: contemplation, courage, optimism, vulnerability, discipline, and strength. Soundtracked by the alien jazz sounds of On The Corner, the film recounts – albeit with a surreal, analogue touch – the distinct design process of the six Woolmark finalists.

Distinct is, perhaps, an understatement. The glitching print clashes and violent protrusions of Matty Bovan’s gowns are the antithesis of Lecavalier’s bourgeois capes and creamy column knits. Likewise, Casablanca’s Instagram-ready streetwear speaks to an entirely different audience than Thebe Magugu’s buccaneering trouser suits and gladiator-tendriled skirts. Spanning South Africa, London, Paris, and Nigeria, the 2021 Woolmark finalists are clearly working from entirely different reference points. And the awarding body is all the better for it – demonstrating the truly global, polyphonic force of fashion’s future.

Standing tall within the Woolmark pantheon is Bethany Williams, whose commitment to recycled fabrics and social enterprise-led manufacturing make her a dead cert for Woolmark’s Supply Chain Award. Meanwhile, the tailoring within the collection of Nigeria’s Kenneth Ize practically sings – shrunken blazers, nipped waists, and trousers which just hint at a bell bottom are put through heavy, artisinal fabrics. It’s crafted without being hempy, louche without being lewd.

With long, gloomy pans of the camera, Passage is at once nightmarish and comforting, jolting between low-lit shadow work and sudden screeches of sound, only to close within the familiar warmth of a Victorian theatre. It, as Solange says, “aligns with Saint Heron’s mission to reverence creation as life, from abstraction.” Watch the film below or click through the gallery above to see more of the designers’ Woolmark collections.