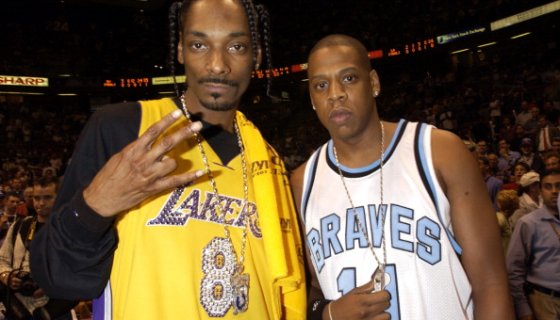 With and ‘s highly anticipated  getting bigger and better with each event, it’s no surprise that legendary MCs are lining up to put their hat in the ring.

Over the weekend during an interview with on Instagram Live,   revealed that he would love to be a participant in the epic battle series before revealing that he would like to be his opponent if asked.

“Biggie passed away, then Nas had it for a minute and then JAY-Z took it and ran with it for a numerous amount of years,” Snoop said during the Instagram Live session. “Then 50 Cent came and ran with it for his numerous amount of years. This is me looking at it from the outside, looking at New York rap. So for me, it would be Snoop vs. JAY-Z because he had been the King of New York around the same time I’ve been the King of the West.”

Although Fat Joe verbally agreed with the matchup, he stopped short acknowledging that the battle has a slim chance of happening due to Hov’s private and introverted nature.

“That would be the ultimate battle right there,” Fat Joe exclaimed. “But I don’t know if Jay will do it because he’s like Dre, he’s an introvert so it probably won’t happen. Nothing against 50 Cent, no diss to Fif, but that’s true, the only logical choice against Snoop Dogg would be a Jay-Z.”

“Uptown Records needs to be heralded as one of the best muthaf*ckin’ record labels ever created,” Snoop said. “Andre Harrell was always reaching out to us and I’m taking in the middle of everything that was going on back then with the east and wear stuff, Andre still would be reaching out and making sure we were good and I will always love and respect him for that.”

Check out the full video below.