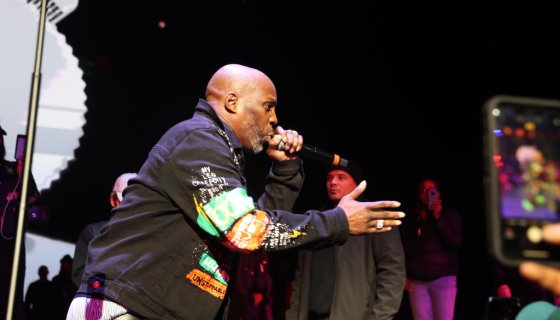 The new battle has been announced and fans are already declaring a wipeout.

On Tuesday (Jul 14), and announced that West Coast Icon would be facing off against  Legend in a “battle of the dogs” for the next matchup.

“The battle of the dogs ‼️‼️‼️ @DMX vs @SnoopDogg 🔥 Wednesday, July 22nd. Watch on our IG or in HD on @AppleMusic. Drinks by @Ciroc. #Verzuz”

The battle of the dogs ‼️‼️‼️ @DMX vs @SnoopDogg 🔥 Wednesday, July 22nd. Watch on our IG or in HD on @AppleMusic. Drinks by @Ciroc. #Verzuz

“I ain’t got no dogg in this fight ! Yes u do who u got,” Snoop captioned the on Instagram announcing the battle.

Although he’s going head to head against another legend, . In May, during an interview with N.O.R.E. for Drink Champs, X revealed he wanted to serve Hov in the matchup.

While the subsequent announcement was met with excitement, many fans began to inquire about the unique pairing before making their predictions–with many declaring Snoop the clear winner.

Despite Twitter’s questioning of the matchup, the pair up does make sense when you compare the two Hip Hop legends’ biggest hits. DMX will surely revisit classics that showcase his ability to control the crowd with his ferocious delivery, like “Ruff Ryders’ Anthem” and “X Gon’ Give It to Ya,” while Snoop will surely counter with his iconic tracks including “Gin & Juice”, “Nuthin’ but a ‘G’ Thang,” even with Snoop’s extensive catalog it makes the matchup a good one.

Launched in March by Timbaland and Swizz Beatz, Verzuz began as a competition between producers but evolved to include writers and performers. Recently, played it out in a battle of the pianos to celebrate Juneteenth, while other matchups have included , , , and.

Snoop Dogg and DMX will face off on July 22  on Instagram or Apple Music.

DMX vs Snoop. I'm interested, but I don't think it's a good matchup. pic.twitter.com/IXcvQMLCsZ

How I’m pulling up to the Snoop Dogg vs DMX battle. #verzuz pic.twitter.com/QciblRQwvD

#VERZUZ getting my outfit ready for this DMX vs Snoop battle next Wednesday 🗣🗣🗣🗣🗣🗣 pic.twitter.com/lzHNldRiEx

They should have had Snoop vs Ice Cube, Jay Z, or even TI but DMX ????? pic.twitter.com/4wQoZ3ptxi

Me tuning in to Snoop Dog vs DMX VERZUZ battle while I’m sipping on Gin & Juice pic.twitter.com/vTCkcXoxGb

The memes that will arise from the Snoop Dogg and DMX versus will be TOP TIER! My soul is ready.

How Swizz gonna set up his man DMX by putting him vs Snoop 😂😂. Snoop boutta dog walk X. Shoutout DMX though no hate

Has a #VERZUZ battle ever ended in a flawless victory? DMX vs. Snoop Dogg is kinda one-sided… pic.twitter.com/Rl2IYbpxky

DMX VS SNOOP ?!? I’m in there…I had forgotten all about verzuz for a min pic.twitter.com/CG6IgJ0QnY

My only request for Snoop Dogg vs. DMX is that Snoop plays the clean version of ‘Sensual Seduction’. It hits much better than the explicit.

What's most interesting with some of the responses to this X vs Snoop is the underestimation of Snoop's MAMMOTH varied run of hits. Think of DMX as Rick James. His prime run was a POWERFUL 8 years. Icon. But Snoop's run was more diverse, more impactful AND longer (Prince). https://t.co/SGR5BtloEp