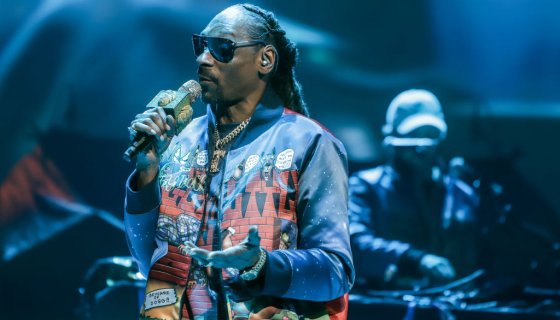 has never been one to mince his words on a variety of subjects, but it appears he may have crossed a line with many on Twitter. The Long Beach, Calif. rapper and entertainer took to social media to call a “funky dog-haired b*tch” due to her line of questioning regarding Kobe Bryant from a recent interview.

King interviewed basketball legend Lisa Leslie for CBS and their chat covered a range of topics, including the tragic loss of late Los Angles Lakers great. While King’s questions about Bryant’s ual assault case appeared to come from a fair place of getting an opinion from someone who was close to him, some observers felt that it crossed the line considering the tragedy isn’t even two weeks passed.

One of those dissenters included one Snoop Dogg, who took to Instagram video to share a few words aimed at the veteran journalist.

“What do you gain from that? I swear to God, we the worst, we the f*cking worst. We expect more from you, Gayle, don’t you hang out with Oprah?” Snoop posed.

He added, “Why you all attacking us, we your people. You ain’t coming after f*cking Harvey Weinstein asking him dumb-ass questions. I get sick of you all.”

From there, Snoop went for the final blow.

“I wanna call you one,” Snoop continued. “It is okay if I call her one? Funky, dog-haired b*tch! How dare you try to tarnish my motherf*ckin’ homeboy’s reputation, punk motherf*cker? Respect the family and back off, b*tch, before we come get you.”

The chatter online has been explosive and we’ve got some of the responses from supporters and detractors below.

Defending Snoop Dogg and other men engaging in misogynoir against Gayle King for being a journalist who discussed rape in an interview further proves the point that we live in a culture where Black women aren't allowed to have a voice or an opinion about anything.

I gotta use “Fonky Dog head bitch” in a sentence soon… Thanks uncle snoop!! 😂😂😂

Snoop I was with you until the “Free Bill Cosby” pic.twitter.com/zpfrRsO0Ag

Uncle Snoop has his feet PLANTED on Oprah and Gayle’s necks. We love to see it 😍 pic.twitter.com/nCM33T8Bgd

Damn uncle snoop gave it to gayle king sucka ass.. Fuck her and oprah too!!!!! 💯💯💯💯💯💯💯 pic.twitter.com/UzUVNdyZJu

bet this was @GayleKing reaction after Uncle Snoop said “we gon’ find you” pic.twitter.com/IEvBoBTyor

Mind blowing that when Monique was telling her truth about Oprah y’all, especially black women, told her to shut up. But soon as men (Snoop, Boosie, etc) has something to say about Oprah it is bible. Black women need to do better when it comes to supporting other (black) women.

when Snoop screamed “Y’all don’t love us? Y’ALL DON’T LOVE US?” it gets me everytime

SNOOP DOGG – World wide HERO !!!!!!! 👑 "Did that fake ass micheal Jackson shit to tarnish his name with them lying ass kids and here she is with a known rapist smiling and laughing. Fuck u and Gayle. Free bill Cosby." – He posted on Instagram ! 💯💯💯💯💯💯💯💯💯💯💯💯💯💯💯💯 pic.twitter.com/lE9wrxUzQM

Hollywood is now eating each other alive. Watch it 🔥🔥🔥 pic.twitter.com/kHuBmjCV59

i apologize for his language in advance, to people who get distracted by words and miss the point. @SnoopDogg expressing how he feels about Gale & oprah funky Dog Face LOL #starzgettheapp #abcforlife #lecheminduroi #bransoncognac pic.twitter.com/2t2NDDHdsu

Uncle Snoop pulled a "This message is for Rachel." for Gayle King. pic.twitter.com/lsUeyyxN7p

Oohhh no they upset Uncle Snoop!!

Is Kobe’s ual assault allegation a part of his legacy – yes.

Is it correct to question his family or friends about it now – absolutely not.

Gayle was wrong for that.