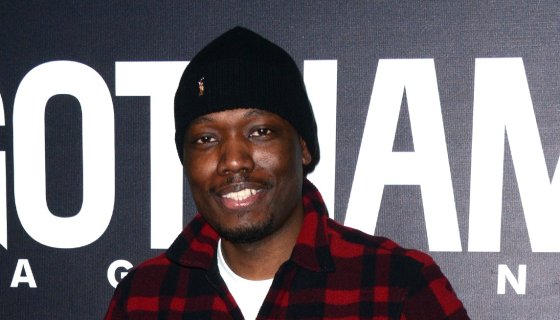 Now that has brought back Sesame Street and announced the upcoming release of the long rumored Snyder Cut of the , they’re setting their eyes on some new material and Saturday Night Live‘s Michael Che is about to cash in on their growing library of original programming.

Vulture is reporting that the Brooklyn comedian has just inked a deal with the new streaming service for a six-episode sketch-comedy series in which he will star and pen himself. Each of the six episodes will revolve around a theme such as police brutality, love and unemployment, while using the “sketches and vignettes to illustrate what it feels like to experience this from a black vantage point.” If you’re familiar with his work on SNL’s The Weekend Update or his own IG stories, you’d know you’re in for a helluva funny ride.

“I’m really excited to be working on this show with HBO Max,” Che said in a release. “It’s a project I’ve been thinking about for a while and we have a lot of sketches we want to shoot, so please wear your masks so that we can go into production.”

According to the press release the show will be “less about being ‘right’ and more about being honest, even at the risk of being controversial,” and with that being said, expect some outrage on social media from anyone who isn’t familiar with being Black in America.

No word yet on when the series is set to premier but we sure will be tuning into the show whenever it debuts on HBO MAX.