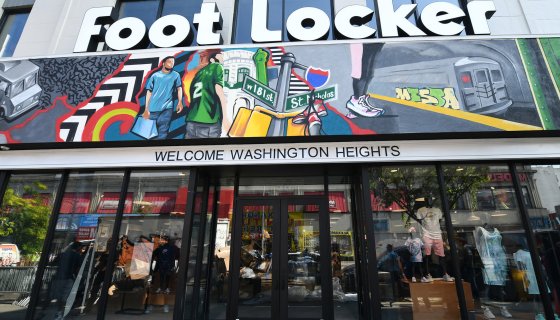 This past weekend’s  became one for the books as protestors overran a police precinct in Minneapolis and rioters made out like bandits looting sneaker spots like Flight Club, Footlocker, and other high end sneaker boutiques.

Still, even with hundreds of thousands of dollars worth of merchandise up in smoke, brands like Nike, Adidas, and others are standing in solidarity with protestors because they know this is much deeper than replaceable garment. It’s about justice for Black lives because they f*cking matter. In a statement addressing the protests and the importance of the message behind it, Nike posted a one minute clip asking everyone to recognize the racism the Black community has been forced to endure for hundreds of years while imploring us to “be part of the change.”

And in a sign of unity, Nike’s rival apparel company adidas retweeted the powerful message to remind everyone that we’re all in this together.

Other sneaker spots like Footlocker, Stadium Goods and have followed suit sharing their messages of unity on social media (something an orange hued dictator seems to have no interest in doing) and are riding with the protestors out in the streets regardless of the negative effect the looting has had on their businesses.

While we are saddened by the looting of our Los Angeles store, we know that our property can be rebuilt, our merchandise can be replaced, but the lives that have been taken cannot. ⁣ ⁣ Link in our bio to donate.

Yesterday our CEO shared this message with our team members. We wanted to share it with you.

• There’s protesting, rioting, then there is looting. I’m not worried about the stuff, I’m worried about the people. Y’all stay safe. Don’t worry, we are in action to figure out how we can meet with the powers that be on ways to create outlets. This wasn’t about crime on a black business, this had deeper roots. See y’all after things cool off. Love, Sc. ————————— THIS IS ON US! For generations we have called the youth stupid, taken funding from their programs, kicked them out of places and ignored them. What would you expect? Don’t lock your doors tighter, open your hearts wider. Spread love, Sc. Drop a positive message to the youth in our comments.

Our hearts go out to everyone during these times and we stand with the protesters. PLEASE join us in donating to the Minnesota Freedom Fund let us know how else we can help. – The Round Two Team