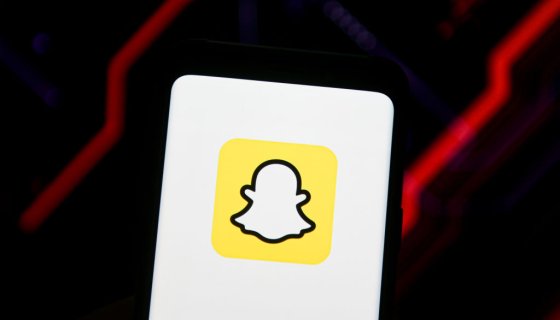 Snapchat once again proves why it has when it comes to social media platforms and probably has no Black employees on staff either.

The once-popular social media tool, thanks to , had to issue an apology. While the world is its due, Snapchat decided it would get in on the fun by rolling out an absolutely tone-deaf snap filter. The filter in question that is drawing the ire of users requires them to “smile” to break the chains located behind them in front of a Pan-African flag.

Atlanta-based digital strategist Mark S. Luckie blessed us with a demonstration of the foolishness in a tweet with the caption:

Smile to break the chains? Okay then. pic.twitter.com/Wyob3kT3ew

Not feeling Snapchat trying to ruin Juneteenth with its headassery, Twitter users quickly slammed the company, forcing them to apologize. In a statement sent to The Verge, a spokesperson for Snapchat claims a “diverse group” worked on the lens, but a version went live that was not approved through the companies review process.

“We deeply apologize to the members of the Snapchat community who found this Lens offensive. A diverse group of Snap team members were involved in developing the concept, but a version of the Lens that went live for Snapchatters this morning had not been approved through our review process. We are investigating why this mistake occurred so that we can avoid it in the future.”

SnapChat announcing they have zero black employees on Juneteenth is… interesting… https://t.co/ZJ7jvbwsth

You can see the responses to the tone-deaf Snapchat filter in the gallery below.

do we need to get into this or do you think snapchat knows why this is fucked up? https://t.co/B8fKPNlxGt

yoooooo, I barely get on Snapchat but I had to see what the tea was… yalll .. wtf 🤣🤣🤣🤣🤣 smile you break the chains ???? Deadass ? 🤣 pic.twitter.com/GWdvpmsAkv

snapchat removes the what filter that asked you to do what- https://t.co/cnKiTybD5p

aaaand this is what happens when you don’t have any black people on the product design team. As a Snap alumni, this is extremely embarrassing. It doesn’t have to be this hard – how about an AR experience to inform your 229 million daily active users what Juneteenth is? @Snapchat https://t.co/XmVioMcj8B

Lmfao man snapchat really created a filter for Juneteenth, where ya gotta smile to break the chains. While people fucking ridiculous 😭😭😂😂

Snapchat had to have so many meetings to launch their #Juneteenth filter. And at no point did anyone with decision making power stand up and say, "THIS IS AN ABSOLUTELY HORRIBLE IDEA."

I literally thought the Juneteenth snapchat filter thing was an onion article at first. Holy shit.