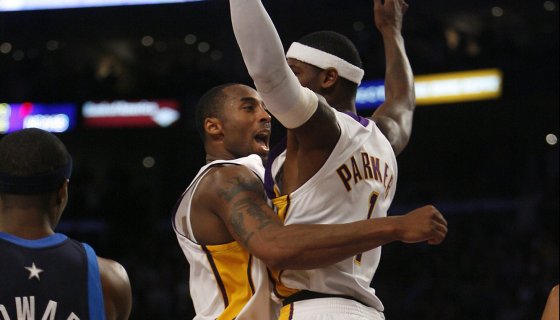 was once teammates with the late and famously said in a 2009 interview that playing with the Los Angeles Laker superstar was “overrated.” Now, Parker is regretting that he never got a chance to settle things with Bryant and has offered a tardy word of apology.

As reported by TMZ, Parker, 38, was the starting point guard for the Lakers between 2005 and 2007, playing opposite of Bryant during his tenure. In an interview in 2009, Parker made the “overrated” quip which got a response from Bryant and it wasn’t kind in the least bit with Kwame Brown also catching strays.

Now with the tragic loss of Bryant over the weekend, Parker, like many others such as Shaquille O’Neal, are both wishing that the hands of time could go back to say one last thing to him.

Despite the shots fired — in both directions — it’s obvious Smush is now hurting over Kobe’s death. He’s even more upset about never getting the chance to square things right with his former teammate face-to-face. Smush says he did apologize in a letter to Kobe, who never responded.

In retrospect, Smush says he now looks back on his 2 seasons with Kobe with pride because they shared great moments — like the 2006 home playoff game against the Phoenix Suns, when Smush hit a 3-pointer to bring the Lakers within 2.

O’Neal expressed similar sentiments in a recent episode of Inside The NBA that while he and Bryant long patched up their differences, there were still some words left unsaid.

Watch Smush Parker talking about his past with Kobe Bryant below.