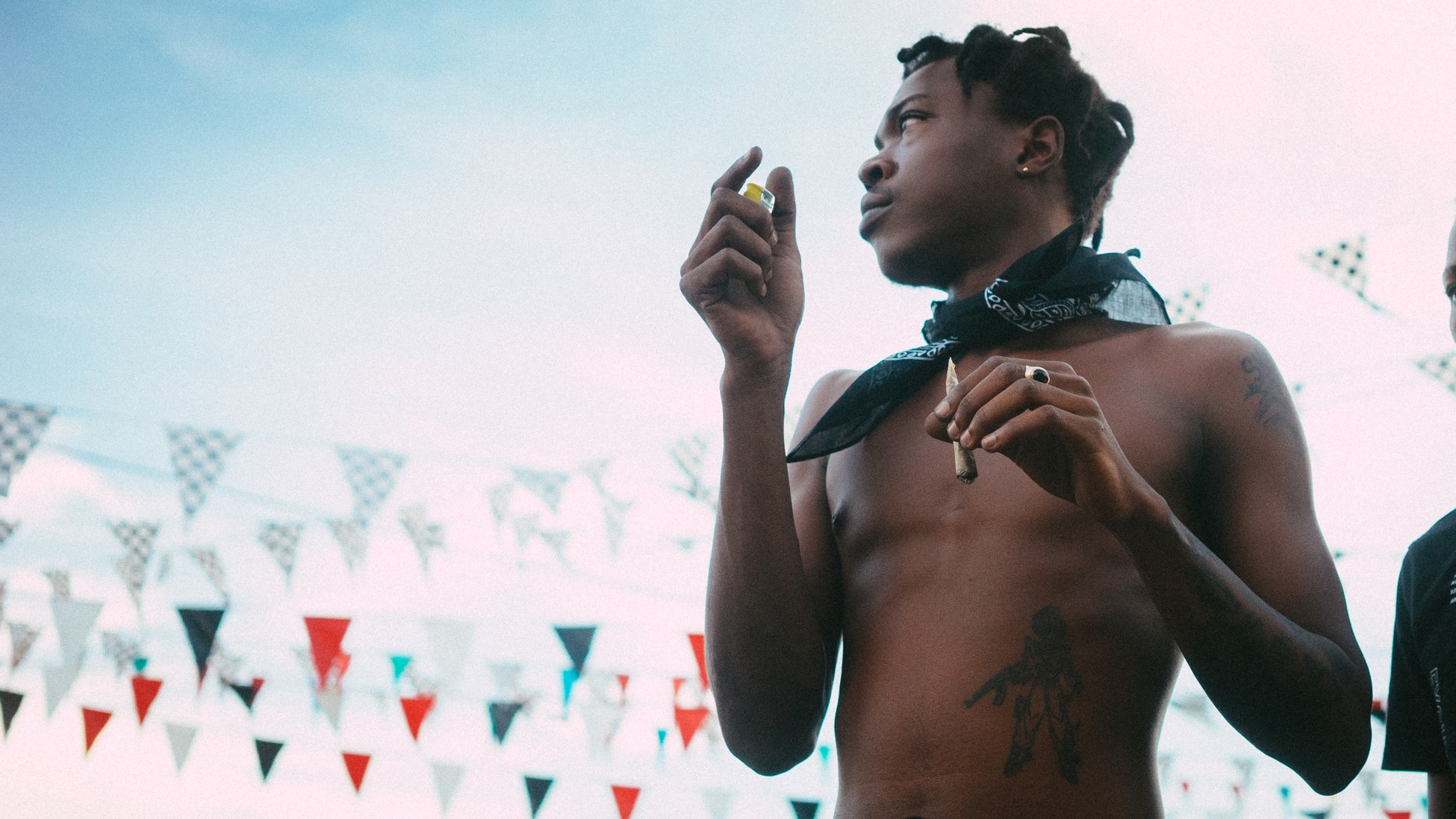 Get to Know the Hottest New Dancehall Star in Jamaica

It’s not easy to make a name for yourself in the midst of a viral pandemic, but as Skillibeng explains on his smash hit “Mr. Universe,” he’s built for this. “From before Corona me social distance,” spits Skilli, who celebrated his 24th birthday yesterday with the release of his highly anticipated project, The Prodigy Skilltape, and an interview with Reshma B of Boomshots. It’s been a breakthrough year for the artist known as The Fresh Prince. On the strength of his relentless creativity and tireless work ethic, Skillibeng has emerged as the face of dancehall’s new era.

If you’re just getting acquainted with the artist’s mind-bending lyrical artistry, check out his remix of “Dior” by the late Pop Smoke, or the hardcore Johnny Wonder production “Crocodile Teeth.” Although the Jamaican parish of St. Thomas does have rivers full of crocs, the teeth in this song are a metaphor for rounds in the AK.

When Emwah Warmington was fresh out of Morant Bay High School in St. Thomas, he made a song called “Brain Parts” on the Purge Riddim. His ode to ganja smoke made a powerful impact for the aspiring artist, whose name evokes vintage dancehall slang that dates back to a time before the young lyrical prodigy set foot inside a session. While his moniker may be steeped in tradition, make no mistake—Skillibeng is all about forward progress. “The name Skillibeng is a representation of Jamaican music overall,” the artist says, “because it is a word people automatically associate with dancehall and reggae, so it connects but I have a different more modern approach to the art form.”

Although he was a gifted student, Skilli decided to pursue his passion for music and never looked back. Flash forward to 2020 and Skilli has become the hottest new artist in the streets of Jamaica, invited to collaborate with Kartel on his epic Of Dons And Divas album. He has also made hits with fellow St. Thomas natives Popcaan and Jada Kingdom.

Clocking in at a full 1 hour and minutes, The Prodigy encompasses 35 tracks featuring inventive flows over straight-to-the-face trap-influenced beats, and guest appearances by Tommy Lee, Dre Island, Jakal, and the Unruly Boss. (Popcaan also hails from St. Thomas and has been a major inspiration to Skilli over the years, and they recently collaborated on a ballistic affair called “Have It.”) From the very first track (“My Gun”) there is a clear recurring theme here (other standout cuts include “Shell Out,” “Brand New Gun,” “Bullet,” “Gun Talk,” “Grumpy,” “Badman,” and “AK”). Skilli refers to such tunes as “Cinema for Ears” even as he admits that they reflect the reality of certain youths in the streets of Jamaica circa 2020. But the project also includes more uplifting tunes like “How Life Sweet” and “One Life” featuring the Mobay-born and Brooklyn-based rapper Jakal.

The Prodigy also showcases rising talents like Street Gena, Quenga, F.S., and One Sparkes, who guest on the posse cut “Not.” Check out Skilli’s thoughts on the project up top and his latest track below.