This week, Kool Keith, Dan The Automator and Qbert return as Dr. Octagon after 22 years f, while Beach House get mushy on new track ‘Lemon Glow.’

Chal Ravens: I’d just about reached a lifetime limit Beach House when they dropped those B2B albums in 2015, but this is satisfyingly familiar, like walking into your local and asking for the “usual” (although you have to ask yourself if you’re making the right life decisions, cumulatively). Beach House represent a kind overall listening mood to me; the individual songs don’t matter hugely (that’s not a par – my perfect album is 45 minutes pretty much the same idea) and this one fers an adequate but minimal variation on a theme they’ve been developing for 10 years. That’s why they’re A Good Band, IMO. (6)

Al Horner: Here’s a list my favorite houses right now, in order ‘wow, I fucking love that house, man’: the mansion in Call Me By Your Name, the band Beach House, Ty Dolla’s Beach House 3, house music in general, some other houses I’ve probably forgotten, Swedish House Mafia, then right at the bottom, the Ed Sheeran song ‘Lego House’ (fuck that song). Victoria Legrand and Alex Scally rank so high ‘cos, as Ryan Bassil over at Noisey rightly puts it, they’re not a band, they’re a mood. The track ‘Norway’ is still their high point, but ‘Lemon Glow’ transports me to a similar place. (8)

April Clare Welsh: There will always be a special place in my st indie heart for Victoria Legrand, who is one the nicest people I’ve ever interviewed, and I doubt I will ever wash my hands Beach House, because how you can be bored a lovely beach house? Anyway, this is mushy and dreamy and lemony, but I’m detracting three points for the fact that I suddenly feel very old. SEVEN ALBUMS?!! (7)

Al Horner: Dr. Octagon’s last release was 22 years ago, a fact they underline with shout-outs to something called “print media” on the intro here?????? No, me neither, fellow millennials. Kool Keith’s been bigging up the impending Moosebumps as “one the best sophomore albums recorded” and subsequently spends 80% this first glimpse at it imagining an industrial complex potential merch when the record blows up: Octagon hats, Octagon underwear, Octagon condoms, Octagon cat food all apparently await when their takeover begins. Not sure I dig this anywhere near as much as anything on Dr. Octagonecologyst, but put me down for one Octagon hat anyway. (6)

Chal Ravens: The album this is taken from is called Moosebumps: An Exploration Into Modern Day Horripilation. They don’t make ’em like that any more, huh? Dr. Octagonecologyst and the whole era indie hip-hop from whence it came is enough before my time that I will never truly understand the thrill virtuoso turntablism, so I am very far from the target audience here. That said, if you were interested in indie/alternative/”zany” rap this or any era, then I feel like you’d still be disappointed by how pedestrian this feels. (3)

April Clare Welsh: Kool Keith is the original rap weirdo with a wild imagination, but where are the bizarro, schlocky bars that rip from horror and sci-fi? For a track that so dutifully tips its flat-cap to boom-bap nostalgia, I need more than the word “Octagon” and some scratching to keep me entertained. This is dull and repetitive. (4)

Al Horner: Wait, Muse are ONLY JUST getting around to releasing a track called ‘Thought Contagion’ inspired by “Richard Dawkins and memes”?! Feels like the sort song concept a Muse internet song generator may have coughed up, which is exactly how I reacted when they dropped ‘Drones’, and no doubt how I’ll react again when their next single is a glam-rock opera called ‘Brain Crime!!!!’ that accuses “the man” hiding CCTV in cereal boxes or something. This is the sinister genius the Devon trio in a nutshell: they’ve spent so long lurching into self-parody, they’re basically invincible to anyone’s accusations ludicrousness, and live a comfortable life nowadays rolling out 20 years conspiracy prog atop festival lineups. I could give a shit about the fact that musically, they’re basically The Darkness if Justin Hawkins spent too much time on . What DOES bother me is the cynicism it all, though. Muse are the band equivalent to a Russian trolling farm, manufacturing accusations against a shadowy, evil establishment simply ‘cos there’s an audience for it. “Brain cleansed!!!! Fractured identity!!!!” wails Matt Bellamy here, a man who owns a fuck-f Malibu mansion and whose band made $49m in 2016 alone. By the time he starts banging on about “the final solution,” that brain cleanse sounds pretty attractive. (2)

Chal Ravens: I definitely did push my way to the barrier Bournemouth International Centre for Muse circa 2002; my friend got hauled over the barriers because she almost passed out from the rib-crushing; it was definitely one the most exciting nights my young life to that point. No idea what constructive criticism I can fer up more than 15 years later, but doesn’t Matt Bellamy sound like someone else entirely now? If they hadn’t accidentally written an album massive Rock-with-a-capital-R bangers then we could’ve just accepted them as Maroon 5-meets-Meatloaf-with-conspiracy-theories, but with Muse there’s always been this unfinished business… they could’ve been as good as, I dunno, the Foo Fighters? Fair play, really, for ploughing their own non-GM furrow. I don’t know enough about their previous few albums to judge on the evolution or otherwise evident on this single, but it’s unmemorable. (3)

April Clare Welsh: First, it’s definitely not OK to use the Final Solution as a metaphor in your ‘art’. Second, who even is Matt Bellamy these days? What happened to Muse? I remember shyly passing round the band’s bedroom indie debut circa 1999, investing heavily in their cardigan-wearing sensitivity, and then the next thing I knew – they had exploded into some sort stadium prog nightmare. Anyway, they are all bluster and pomp and cringe bullshit and this trying-to-be-deep song is both wrong and embarrassing. (0)

Chal Ravens: Even in a world where Britney Spears is one the most successful pop artists all time, it’s amazing that a voice this weak and nasal can get an album and a PR campaign and the whole shebang arranged around it. Horrible, over-embellished, heavy-handed production and a vocal as thin as gruel – nein danke. (2)

April Clare Welsh I’m with Chal – there’s just something that doesn’t quite add up here. Where’s the hook? It’s a classic case racing through the hype and letting the music take a backseat, because this kinda sounds like one long, uninspiring chorus. (3)

Al Horner: Guys, that little drop as rising London star Rina vows to live her relationships in the moment (“I don’t think about the future, it doesn’t matter”) over a burst Kehlani chords is fire and you know it. She and producer Clarence Clarity – whose 2015 album on Bella Union is a fucked-up electronic pop joy, go check it – have struck up a serious chemistry and this loosie points to them hitting new levels fizzy R&B magic together in months to come. What’s it gonna be? It’s gonna be a big old 8 from me. (8) 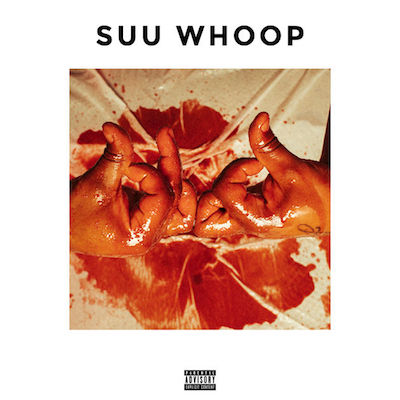 Al Horner: “YG, don’t you got a daughter? Yeah I’m a gangbangin’ ass dad!” Yer Da just rented Straight Outta Compton from the iTunes store and he is loving it. (7)

April Clare Welsh: Still Brazy is probably up there as one my favorite hip-hop albums the past 10 years, but that’s because YG’s G-funk-flavored raps make me feel warm ‘n’ fuzzy and ready to carpe diem. Although there’s always been a darkness lingering around the Compton rapper’s sunny West Coast sheen, this new tack plumbs an even bleaker sound overall, but tbh, I’m totally ready for it. Bring on the new album!!! (8)

Chal Ravens: I believe the phrase “feeding the streets” was invented for this kinda thing – heavy, hard-talking filler for between-album promo. Not much to say about this except I’d rather hear YG sounding more explicitly West Coast and less… grim. (4)

Chal Ravens: It’s looking like a bad week for singles! I’d missed BlocBoy until now and was really hoping he’d be another Estonian rapper like Tommy Cash, so that’s a missed opportunity. Struggling to muster any enthusiasm whatsoever for this transactional signal-boost. (3)

April Clare Welsh: This bass sounds lush on my new speaker and it’s nice to see Drake cross the 100BPM mark, but BlocBoy (like so many others) probably doesn’t need the Toronto One propping him up. (4)