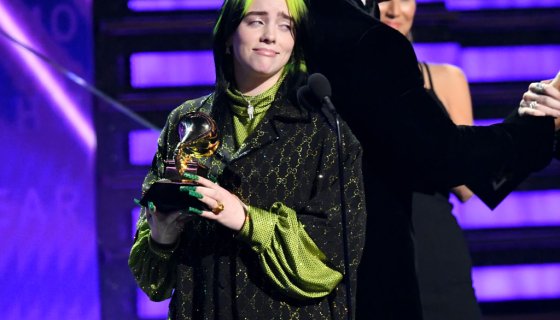 Outsiders showing disdain for particular elements of a culture they themselves wittingly or unwittingly are simultaneously colonizing is nothing new. The latest flagrant example of this phenomenon is , the pop singer who shared a suspect hot take about rappers in a recent interview with Vogue magazine.

Eilish is no doubt a star, having earned multiple Grammys this year for her hit album When We All Fall Asleep, Where Do We Go?. She’s also gotten praise for her style, a blatant riff on 90’s Hip-Hop aesthetics.

The latter makes the “Bad Guy” singer’s comments in the aforementioned interview particularly eyebrow raising—though, not surprising all things considered. Also, don’t fall for the jig of her fashions sense being described as “streetwear” or merely “leisurewear,” you know damn well where it’s from.

“Just because the story isn’t real doesn’t mean it can’t be important,” she told Vogue. “There’s a difference between lying in a song and writing a story. There are tons of songs where people are just lying. There’s a lot of that in rap right now, from people that I know who rap. It’s like, ‘I got my AK-47, and I’m f*ckin’,’ and I’m like, what? You don’t have a gun. ‘And all my bitches…’ I’m like, which bitches? That’s posturing, and that’s not what I’m doing.”

Excuses (read: pleas copped) will be made citing Eilish’s age, she’s just 18. Or, the ruse of looking at her words without proper context—rappers do lie, sometimes a lot.

But the problem is such commentary is most times recklessly obtuse, especially when made in Vogue, where a legion of readers who don’t know any better will take her words as gospel. She also sounds like those surly critics who were convinced Hip-Hop was a trend made by unworthy people of color and anything but lasting cultural value.

So expect Eilish—who notes Tyler, the Creator as an artist she admires in the same interview—to walk back her commentary sooner than later considering she surely has plenty of fans into rap music who don’t dismiss it as “posturing.” Or she can keep it a buck double down, and we’ll at least know where she really stands.

Don’t think we’re making this criticism of her opinion up, peep some of the Twitter reactions below…

What I think about Billie Eilish comments pic.twitter.com/SInVceoGbz

BREAKING: Billie Eilish repeats tired talking points about rap and hip-hop that have been around since the 90s

Damn even Billie Eilish knows Rappers are professional liars like I’ve been saying for years pic.twitter.com/ElRWh10nvW

Imagine reading “Billie Eilish speaks on the current state of Hip Hop:” and continuing to read after that https://t.co/XkKY6W3irc

Does black ink naturally come out of your eyeballs @billieeilish https://t.co/VmVAAJdFxS

billie eilish: these rappers need to pull their dang pants up

Billie Eilish is 18, of course she has this freshman dorm cold take.

She'll grow out of it in two years. https://t.co/9mmNhitMtx