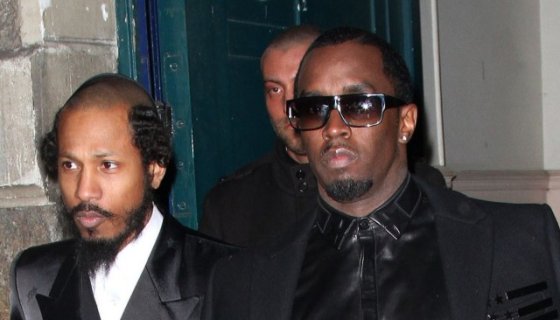 It has been more than 15-years since was signed to , but that’s not stopping from showing his support.

According to published reports, on Sunday (Jun 28) Diddy took to Instagram, to offer his support for his former artist, by announcing that was running for the Belize House of Representatives.

“BELIZE I’m so proud of my brother @shyne_bz and the journey he is on,” Diddy wrote on Instagram. “He is running for the House of Representatives and needs your support. #BadBoy4Life”

BELIZE 🇧🇿 I’m so proud of my brother @shyne_bz and the journey he is on. He is running for the House of Representatives and needs your support. #BadBoy4Life ✊🏿🖤

Shyne, whose name is Moses Michael Levi Barrow, is the son of Belize Prime Minister Dean Barrow, who became the first Black prime minister of Belize in 2008, was nominated by the United Democratic Party to stand as a candidate for the Belize House of Representatives for the electors of Mesopotamia in Belize City; a position previously held by his uncle, Honorable Michael Finnegan. Finnegan, who previously announced that he wouldn’t be seeking re-election back in 2017, expressed at the time that he wanted the “Bad Boyz” rapper to be his replacement.

While s endorsement of Shyne is great news, that wasn’t the case more than a decade ago after the two feuded for years following Shyne’s release from prison. In 1999, the lyrical MC was partying with Diddy and Diddy’s then-girlfriend, when an led to Shyne firing a gun inside the club and the three music stars being arrested. Although Diddy was acquitted of charges related to the incident, Shyne was found guilty and served 10 years in prison.

After he was released from prison in 2009, Shyne was deported to his native Belize where he assumed the role of Ambassador of Music for the country.