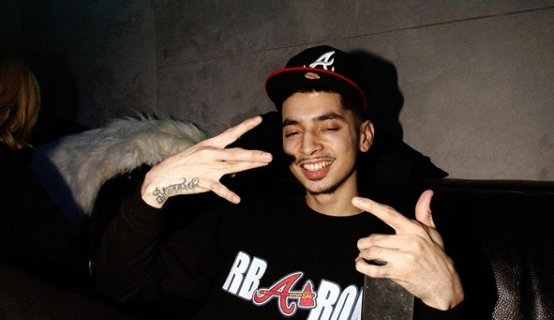 Fans of the -based Hip-Hop crew Shoreline Mafia woke Tuesday morning (April 7) to shocking news. Mac P Dawg, an affiliate of the group and featured on some of the group’s songs, was reportedly gunned down but details remain scant.

Shoreline Mafia was trending this morning on Twitter with reactions not only to Mac P Dawg’s passing but the news that the group was breaking up with reports that Fenix Flexin would no longer be a part of the outfit. However, the dominating news is the alleged shooting death of Mac P Dawg, who identified as Hispanic and grew up in the city’s East Hollywood section and just began rapping over five years ago.

Mac P Dawg was featured as an opening act on Shoreline Mafia’s Off The Xans (OTX) tour and was a high school classmate of group member Fenix Flexin. Via social media, Shoreline Mafia members posted up tributes in honor of Mac P Dawg, with fans on Twitter following suit.

As details develop, we will update this story. We’ve also posted some of Mac P Dawg’s music and visuals below.

Shit was supposed to turn out hella different no cap smh , shit ain’t been the same Nd never will #PDAWG4L #OTXPRESIDENT

What a cursed and doomed era of L.A. rap. Drakeo, Greedo, and Frosty all getting locked up amidst epic runs. Nipsey gets killed. Mac gets killed. Shoreline splitting up after their debut album.

A golden age became what could've been…. https://t.co/hYXnA6pZZS

rip mac p we lost one of shorelines finest 😔 https://t.co/94pVqN36YF

Didn’t think 2020 could get any worse .. rip MAC P pic.twitter.com/iELOeI9aWj

I wish there was a way to get through to these kids that this drugged out gangsta gun play bs isn’t cute. It’s dark energy. It is all a dead end. We need a new culture for these kids – rip Mac P

You let these little kids think they gangster and you promote it then they die and then you wonder why young rappers die. You can prevent it but you don’t because all you want is the music. RIP mac p

Shoreline Mafia breaking up, Mac P Dawg was gunned down, and its pouring rain in LA what the fuck is going on?!?! RIP Mac P Dawg 🙏 pic.twitter.com/9D94rlXhsW

RIP MAC P; seems like every time I look up it’s another young rapper gone these days.. pic.twitter.com/0C9rtLJNgN