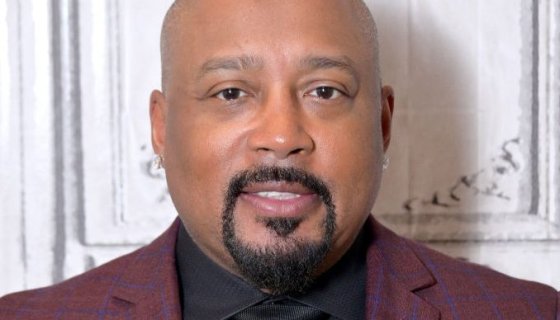 While the world continues to unify there are some dubious individuals taking advantage of the current . Daymond John is coming out to swinging to defend his good name.

As spotted on News One the entrepreneur was recently accused of pricing gouging Florida citizens.  Earlier this week The Miami Herald put the Queens native on blast by alleging he was one of many financially fortunate moguls trying to take advantage of people’s coins . The story details that John reportedly struck a deal with Florida officials to get The Sunshine State these coveted wears; but at a cost.

Their source claims he quoted Florida representatives $7 dollars per mask for a 1 million masks. Typically the masks go for about $2 dollars per item but the executive reportedly leveraged his manufacturing connections in China from his to justify the higher price point. Jared Moskowitz, director of the Florida Department of Emergency Management told the periodical that prior deals to get the gear in hand had fell through thus they were willing to pay whatever it took. “This was not somebody off the street, this was Daymond John,’’ Moskowitz stated. “He came to me and said, ‘I’ve been in the clothing business. I have connections with factories in China.’ ” Eventually the $7 million dollar deal fell through on April 13.

Naturally the report struck a nerve with readers forcing Daymond to respond to the accusations which he flatly denies. He took to social media to clear things up. “Today’s Miami Herald story and subsequent reports are false, inaccurate and shows a complete reckless disregard for the truth,” John said in a statement. “Let me be clear: Proper reporting would have shown I did not set any prices and that my team worked with the State of Florida to: 1. Save lives 2. Help vet the overwhelming amount of incoming PPE offerings based on my manufacturing expertise and guide them how to best do this 3. Play a pivotal role to stop pricing gouging, and successfully identify potential fraud and theft of PPE product to protect taxpayers funds.”

While John asserts his company, The Shark Group, did nothing wrong the 3M Company, who makes the masks in question, is asking for more people. “3M is not aware of how the Shark Group would gain access to our respirators as it is not an authorized distributor of 3M products or one of our channel partners,” said Jennifer Ehrlich, Communications Manager for 3M. “3M list prices, which are published on our website, are far lower than what appears to have been offered to the State of Florida.” 3M is planning lawsuits even though many of the targeted deals fell through.

You can read Daymond’s full response below.

An important message to read in full.