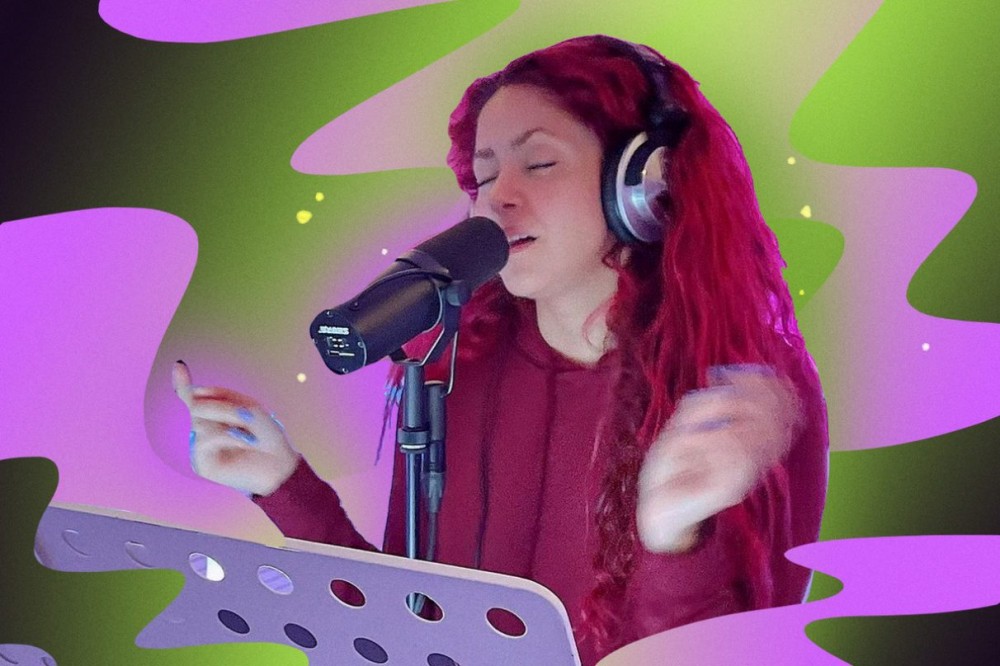 As if Shakira going back to her red-haired roots wasn’t enough to make her fans excited, this week she hinted at recording new music. The Colombian superstar posted a photo of her while in the recording studio.

Almost a year to the day after performing at the Super Bowl halftime show with Jennifer Lopez, Shakira got social media going wild after posting a photo with her red-colored hair. Fans were saying that Rockera Shakira from her late ’90s days was making a comeback. Shakira admitted that she was trying to go for a pink hue, but ran out of hair dye.

A month after that amazing hair dye snafu, Shakira’s hair is even more red like when she performed for MTV Unplugged in 1999. In the new photo, she’s singing into a microphone in the recording studio. The ambient environment around her is giving more “Las de La Intuición” 2.0 vibes.

Shakira is certainly keeping the public interested, leading up to what’s next. She captioned the post in Spanish and English for her global audience. “Cooking something / Cocinando algo,” Shakira wrote.

As fans await more clues about what’s hopefully another Shakira album, she’s riding high on the charts thanks to her feature on the Black Eyed Peas’ “Girl Like Me” song. Her dance routine in the music video has led to the song going viral on TikTok as fans copy her moves.