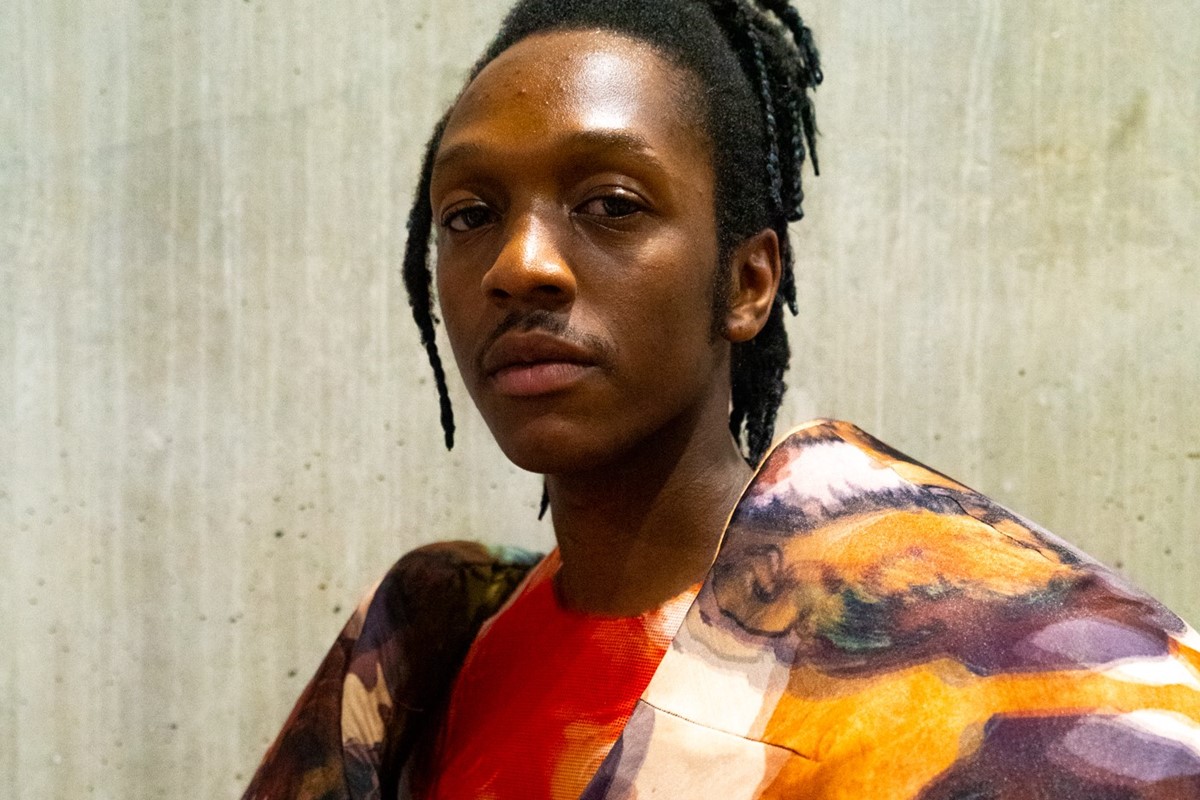 After the complete write-off that was 2020, last week saw Central Saint Martins’ latest crop of fashion graduates make their triumphant return to the runway. Forgoing the traditional army of models to keep things COVID-safe, the designers themselves sashayed down catwalk lined with scraps of material from their collections, plus a giant cardboard bust and a pair of fabric shears for good measure, as their peers and fashion editors cheered them on from the sidelines – with many of them just happy to have a reason to leave the house.

Despite the difficult year the students had in the lead-up to their final show, the coronavirus and the problems that arose from it did little to dampen the creativity the school is known for. But the crown jewel of the joyous outing was womenswear designer Seli Arku-Korsi. Impressing a panel featuring the likes of Matty Bovan and stylist Jeanie Annan-Lewin, Arku-Korsi snatched up the L’Oréal Professionnel Young Talent Award – previously awarded to Fredrik Tjaerandsen, Goom Heo, and Richard Quinn.

“I’m still processing it,” the designer gushes a week after the show’s chaos and his win. “I was in a different world last week and I just couldn’t believe it to be honest.” While he might be surprised, it’s easy to see why he dazzled. The singular look the designer stomped out in, made up of an oversized organza jacket with a flowing train, giant trousers, and delicately wrapped heels, came to life on the runway through the delicately layered 3D prints Arku-Korsi created with his own hands.

Peep through on his Instagram (follow while you’re there) and you’ll see the design magic up close, with prints of sinister faces coming in and out of focus as if you’re looking at them in a dream. “I’m a painter and I wanted to bridge the gap between my fashion work and the pain in my life,” he explains of the starting point for his collection. “I looked at beauty and nature at first, but something just didn’t click so I decided to make it a bit more honest and use my own life experiences because at the time I was dealing with the loss of my mum to COVID and also addiction.”

The hazy outlook of his life during the difficult period in which his collection came together married perfectly with the prints and became a cathartic release. “I wasn’t thinking straight and the prints looked exactly how my headspace was, so it made so much sense to layer them and create this effect in response,” he explains. “Something clicked for me and it made sense in my soul.”

Though the designer has an adept hand at constructing beautifully captivating garments, drawing and painting was his original creative outlet. After studying fine art at college and then enrolling on a foundation course at CSM, his friend convinced him to apply for the womenswear BA, which expanded his worldview and taught him a series of invaluable lessons along the way: “Number one – how to sew,” he jokes.

Right from the off, Arku-Korsi combined his love of both fashion and art and channelled it into his practice. Across the three years of his BA, delicate sketches became the prints that emblazoned his clothing, while he playfully experimented with form, function, and silhouette. “(Central Saint Martins) was this whole new world of expressing ideas and creativity – it was a like a playground for me,” he says. “It wasn’t something serious, it was just a chance to absorb as much as I could and see what I could create with my different backgrounds.”

The designer hopes his recent win and interest in his unique point of view will prompt more young designers to explore crossovers within their work. “Don’t be so jaded with your style or what you think you want to be as a designer,” is his advice. “If you get into CSM, just go for the ride and see what happens because you need experiences to colour how you see the world, so just be open to being a sponge.”

What’s next for our budding fashion darling? More ‘artshion’, he says: “In the future, I would definitely like to start my own brand around this 3D mirage idea too. I would also love to have a gallery opening and show my artwork alongside some of these amazing fashion pieces – mixing the two worlds again.”

Revisit the Central Saint Martins 2021 show in the gallery below.