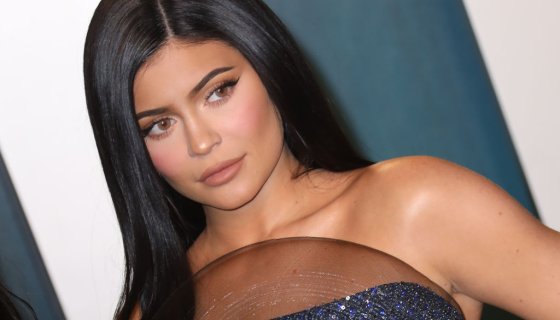 Well ain’t this a blip!? The allegedly self-made isn’t as rich as her or her family have claimed.

After pouring over the receipts, Forbes, which has determined that Kim Kardashian’s sister isn’t worth as nearly as much as she claimed.

what am i even waking up to. i thought this was a reputable site.. all i see are a number of inaccurate statements and unproven assumptions lol. i’ve never asked for any title or tried to lie my way there EVER. period

Besides gassing up her bank accounts, Forbes claims that Jenner went as far as forging tax returns to pull the jig. The timeline of sales provided by the Jenners just doesn’t add up.

More likely: The business was never that big to begin with, and the Jenners have lied about it every year since 2016—including having their accountant draft tax returns with false numbers—to help juice Forbes’ estimates of Kylie’s earnings and net worth. While we can’t prove that those documents were fake (though it’s likely), it’s clear that Kylie’s camp has been lying.

This passage from Forbes is particularly damning:

Of course white lies, omissions and outright fabrications are to be expected from the family that perfected—then monetized—the concept of “famous for being famous.” But, similar to Donald Trump’s decades-long obsession with his net worth, the unusual lengths to which the Jenners have been willing to go—including inviting Forbes into their mansions and CPA’s offices, and even creating tax returns that were likely forged—reveals just how desperate some of the ultra-rich are to look even richer.

But perhaps more revealing is the fact that she hopped on Twitter to stress that her pockets are swole while being extra quiet about Black people rioting throughout the U.S. Mind you, her kid with Travis Scott is most definitely Black, just saying.

why do you address drama faster than police brutality

It’s not like Twitter needed much motivation, but the slander has been immaculate. Peep the best of the best below

Kris Jenner on her way to Forbes office after they confirmed her daughter Kylie isn’t a billionaire: pic.twitter.com/GOvvmumkvz

Kylie Jenner has a child with a black man, she also rips off of black culture and black woman but she’s putting more energy into her being accused of not being a billionaire

Kylie Jenner on police brutality or any gahdamn thing else vs

Kylie Jenner when Forbes says them pockets ain’t as deep as she claimed pic.twitter.com/fAUhQaDzko

forbes in 2019: kylie jenner becomes the youngest self-made billionaire ever

I knew Kylie’s ass wasn’t a billionaire and y’all called me a hater for it. Ain’t no billionaire shilling flat tummy tea and fake airpods on IG. pic.twitter.com/CAexfHslCg

Kris Jenner upon learning Kylie has been stripped of billionaire status by @Forbes for allegedly forging documents and Taylor Swift is trending for speaking up against white supremacy and racism pic.twitter.com/FjI1RQoItG

not ONE hashtag,rt, like etc about the current situation with the blm protests instead you wanna hop on here and tell everybody that “you’re fine” with all your mf money that was mostly earned through profiting off of black culture ?? man fuck you Kylie Jenner.

If Kylie Jenner was black she won't have been given the billionaire status because Forbes would go to very extreme lengths to investigate her real financial worth.

Imagine spending all these months as a motivational speaker organizing seminars and talking about how Kylie Jenner became the world's youngest billionaire at the age of 21, just for Forbes to remove her from the list because she lied about her wealth.

Forbes: kylie isn’t a billionaire, it was all a lie.
Everyone: pic.twitter.com/unD9LkE0t5

How can Kylie BOLDLY say she’s not fixated with how much money she has, when her mum HOUNDED Forbes for that cover???

Kylie Jenner has been stripped of billionaire status by Forbes after "lying" about net worth and “forging” tax returns. pic.twitter.com/LaiNlpQik2

Black people are being killed and Madison Beer was crying about people calling her pretty and now Kylie Jenner is tweeting about losing a “billionaire” title pic.twitter.com/dd24EEjmyk

so seeing as kylie is neither self-made nor a billionaire can we get a forbes cover with pat mcgrath please? an actual self-made billionaire and a black british woman. statistically near impossible. so, they need to get on that.

I’m sure Forbes thought they were doing something with their latest Kylie Jenner article but the only thing it did was just prove how NOT credible they are as an organisation to report on anyone’s earnings.

Forbes had jay z emptying every piggy bank and went through his numbers with needle-like precision before they called him a billionaire. they pushed back on Fenty and said they couldn’t verify her portioned ownership of Fenty Beauty regardless of what her actual paper work said..