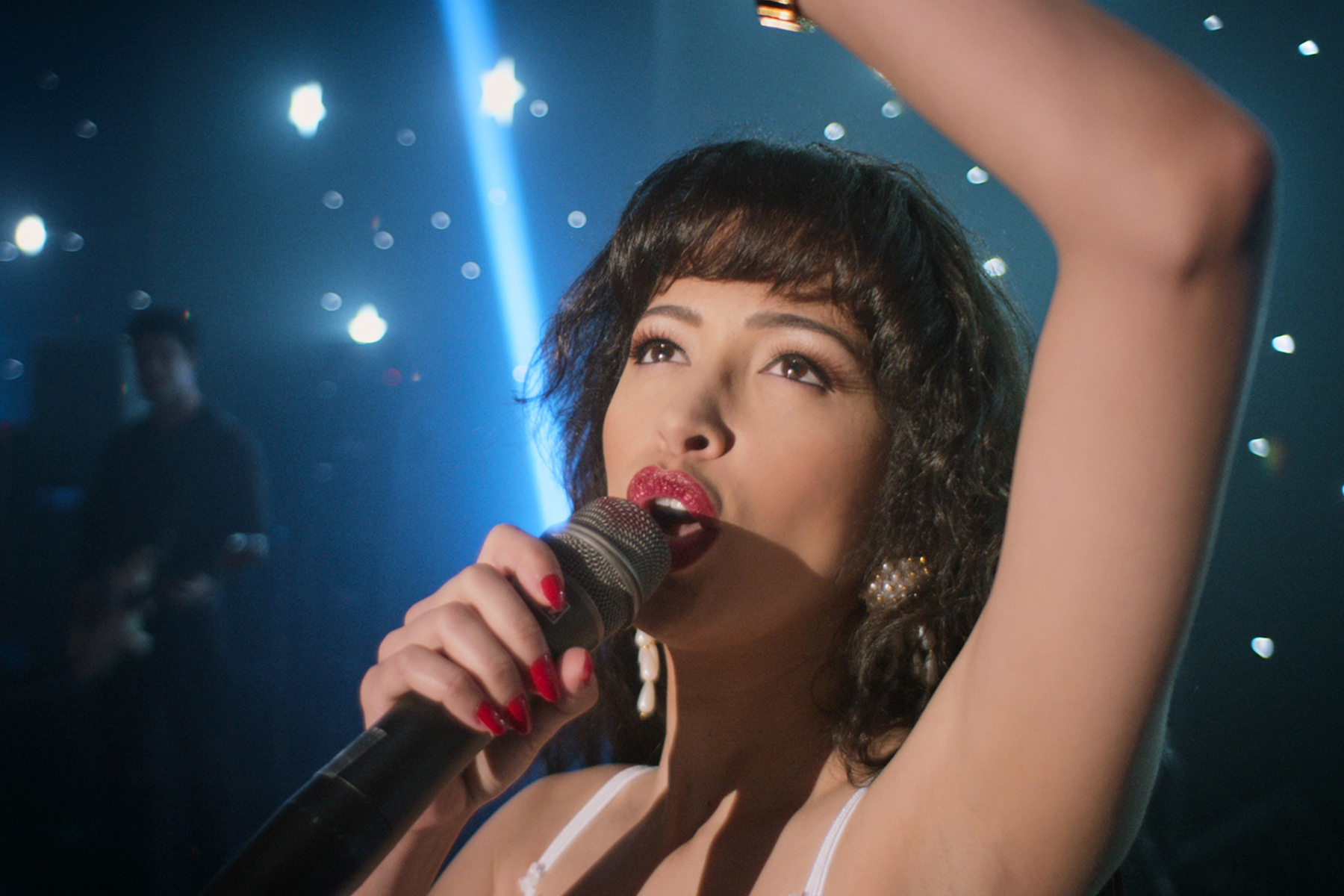 Netflix has premiered the trailer for Selena: The Series, a coming-of-age drama based on the life of Tejano pop star Selena Quintanilla-Pérez. The first nine episodes of the series (Part One) will drop December 4th on the streaming platform, with the second half of episodes to be released at a later date.

Christian Serratos stars as Selena (with Madison Taylor Baez portraying Selena as a child), depicting her journey from lead singer in her Texas family band to the most successful female Latin artist of all time. Selena’s meteoric rise to fame, as well as her tragic death, will be explored, along with the sacrifices and conflicts within the Quintanilla family as her career grows beyond their control.

Selena: The Series also stars Gabriel Chavarria as Selena’s brother and bassist A.B. Quintanilla, Ricardo Chavira as her father Abraham Quintanilla, Noemí Gonzalez as her sister and drummer Suzette Quintanilla (who also executive-produced the series), and Seidy López as her mother Marcella Quintanilla. The series was created and written by Moisés Zamora, with Don Todd (This Is Us) consulting and Hiromi Kamata directing. The show is executive produced by Zamora, Kamata, Jaime Dávila, Rico Martinez, Suzette Quintanilla, and Simran A. Singh.