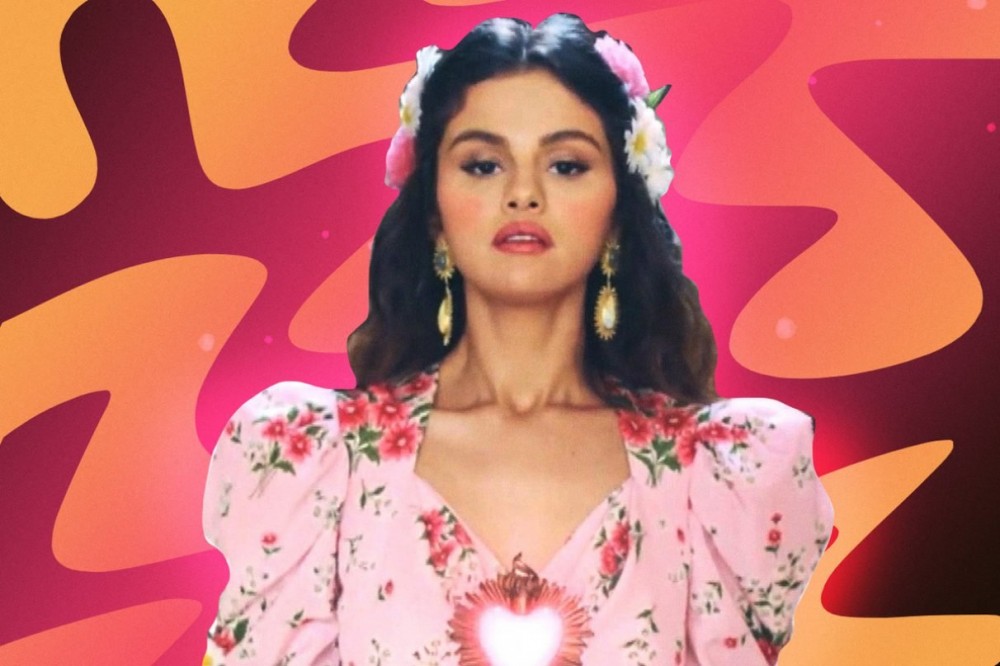 Three days after Selena Gomez told Vogue magazine that she was thinking about retiring from music, the 28-year-old singer released her first-ever Spanish-language EP, Revelación.

“I didn’t think I was ready to make a record in Spanish,” Gomez told the Los Angeles Times. “I was fluent in Spanish until I started working at 7. Then my job just kinda took over my life.”

Gomez said that when she produced the 2019 Netflix docuseries Living Undocumented, things started to change for her. She thought if she embraced her Mexican heritage, she could use it as a “source of healing for somebody else.”

SELENA IS SO EXCITED OMG ITS SO GOOD WE’RE SO PROUD OF YOU @selenagomez pic.twitter.com/AOvRW1SdaK

To prepare her for her new project, she hired a Spanish-language coach–the same one who works with Demi Lovato and Gwen Stefani–to polish her pronunciation.

“There would be moments where I would end the [recording] session because I would get so frustrated,” Gomez said. “Not
just trying to create an album from my basement…but making it sound authentic. That’s something that requires meticulous care. But now, I think I actually sound better in Spanish than I do in English.”

Selena Gomez Spanish EP is so good! She was born to sing in Spanish, her voice and tone is so soothing in her paternal language

Gomez also spoke about the Queen of Tejano, Selena Quintanilla-Pérez, who she was named after. Even though Quintanilla-Pérez died when Gomez was only two, she said that the Tejano star’s “spirit never left my family.”

Once the pandemic is over, Gomez said she would like to kickoff a tour in South America. “That’s where my heart is,” she said.