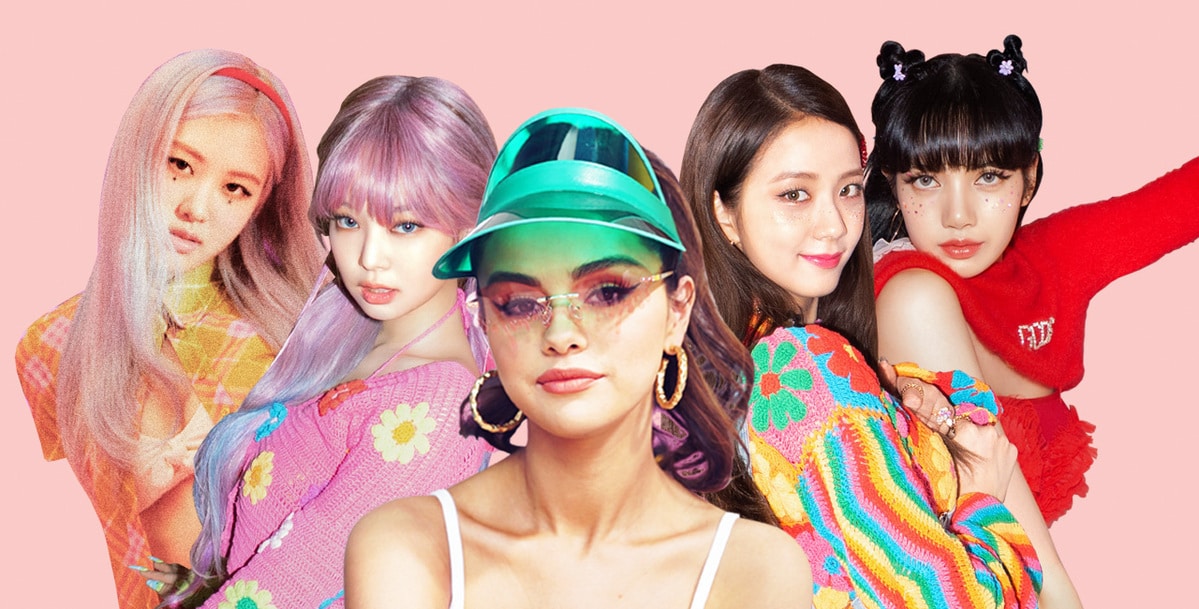 K-Pop group BLACKPINK teamed up with pop princess Selena Gomez for their collaboration “Ice Cream.” In the vibrant video, the women indulge in plenty of frozen dessert.

“Ice Cream” is the second single from BLACKPINK’s upcoming debut LP, The Album. Previously, the group previously collaborated with pop stars like British singer Dua Lipa on “Kiss And Make Up” and Lady Gaga on “Sour Candy” featured on her Chromatica album.

With “Ice Cream,” Mexican-American singer Gomez is the first Latinx artist BLACKPINK has worked with. She wrote the song with Ariana Grande and her usual collaborator Victoria Monét, who had a hand in writing the hits “Thank U Next” and “7 Rings.”

On the trap-leaning “Ice Cream,” the members of BLACKPINK (Lisa, Jisoo, Jennie, and Rosé) trade sugary sweet verses with Gomez. “Diamonds on my wrist so he call me ice cream / You can double dip ’cause I know you like me,” Selena sings. There’s nothing soft about this serve. BLACKPINK and Gomez come through with a fierce and enticing pop banger.

BLACKPINK and Gomez bring an ice cream-filled world to life in the music video. Selena plays a sexy ice cream truck driver while the women of BP bask in all the frosty snacks they can find. This cute and colorful clip is a visual treat for the eyes.

BLACKPINK’s The Album will be released on Oct. 2. Gomez’s latest album Rare went to No. 1 on the Billboard 200 chart back in January.