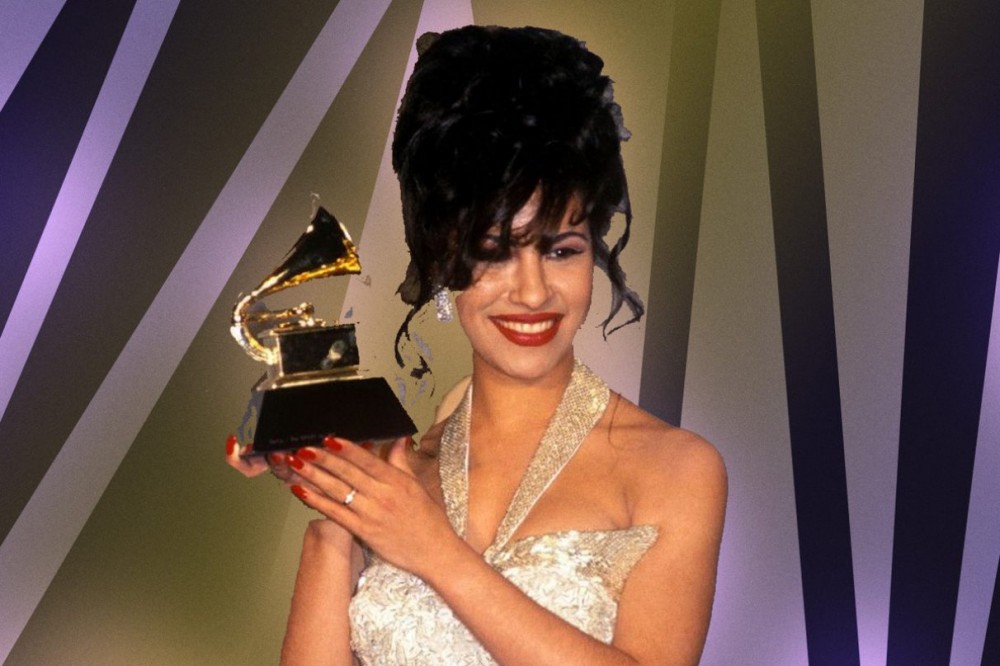 Fans of the late Selena Quintanilla-Pérez were unhappy with the way she was honored Sunday night (March 15) at the 2021 Grammys. While the Queen of Tejano was recognized posthumously with the Lifetime Achievement Award, viewers were disappointed that the award didn’t come with a video tribute.

Y’all had 3 HOURS (almost 4) and you couldn’t fit a tribute for Selena Quintanilla in there?! Even though she won the lifetime achievement award?! I’m over it. #GRAMMYs

Unfortunately, all the screen time Selena received was a couple of seconds of an image of her holding the Grammy she won in 1994.

recording academy: hey we’re doing a tribute to Selena Quintanilla and giving her the lifetime achievement award! make sure you watch!

Selena won for Best Mexican American album for Live! It was the first time a Tejano artist won the award in the category.

Along with Selena, other recipients of the Lifetime Achievement Award this year were Grandmaster Flash & The Furious Five, Lionel Hampton, Marilyn Horne, Salt-N-Pepa and Talking Heads.

According to the Recording Academy’s description of the Lifetime Achievement Award, the award “celebrates performers who have made outstanding contributions of artistic significance to the field of recording.”

Selena’s widow, Chris Perez, posted his own sweet tribute to his late wife on his Instagram page Sunday before the awards show.

“To say that I’m proud of all that Selena represents and so proud of her accomplishments would be a HUGE understatement,” Perez wrote. “Special thanks to the Grammy organization and especially all of you (her fans) that continue to listen, watch, and support all the amazing things she left behind for us to treasure. I’ll be watching the awards tonight with the biggest smile on my face…just knowing that she’d be so honored… AND HAPPY!”

Still, fans wondered if maybe they had missed the tribute.

Did I miss the Selena tribute at the Grammys? #grammys2021

the grammys really used selena’s name for clicks and attention like.. glad sel got some appreciation while she was here because this shit was APPALLING truly. used selena’s face on the cover of EVERY post just to mention her for two seconds. not even a tribute… #GRAMMYs pic.twitter.com/fad8E9bHmV

The Recording Academy: we are going to have a Selena Quintanilla tribute at the #Grammys