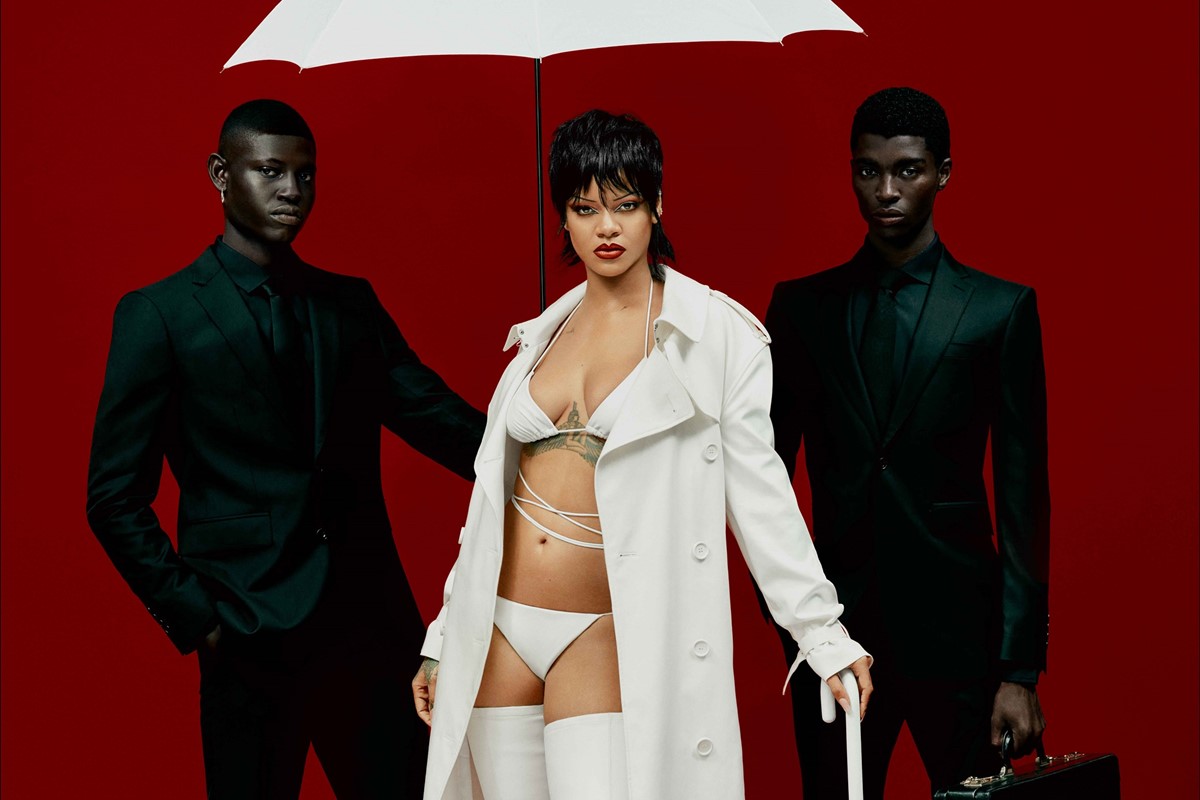 Forged by IB Kamara, Riccardo Tisci, and the Burberry ateliers in Yorkshire, the singer’s sultry outfit once had a life of its own

As Rihanna strode onto the autumn cover of Dazed, framed by an umbrella and a matching pimp stick, a collective hush fell over the internet as if to devour the details.

There were Rihanna’s bikini straps, latticed across the body so that the lines ran parallel to the twist in her hips, which were leant contrapposto like a Grecian statue. A slight bend in the knee knocked her ankle outwards, leaving the toes of her thigh-high stilettos rerouting any onlooker’s direct gaze. Then there was the coat, stark white and just skimming over her shoulders, which pooled at the bottom as if she, herself, had emerged from a ripple.

Then, the silence gave way for absolute frenzy. The superstar’s brazen, sultry look was the work of Riccardo Tisci and his team of designers at Burberry, who, on the orders of Dazed editor-in-chief, IB Kamara, built every piece bespoke for the cover. From Tisci’s sketchbook, to the Burberry atelier in Yorkshire, to our New York photoshoot, Rihanna’s trench was conceived through hours of backend handicraft and creativity. That hundreds of individuals contributed to that one image is no exaggeration, though it is an often forgotten process once that shot finally comes together on the page.

The below video follows the genesis of Rihanna’s look – between the Burberry craftsmen who diligently pieced the trench together in austere lab coats and chunky-soled brogues, before spending days in tumultuous transit, only for it to be illuminated under a spotlight like some kind of ghostly treasure. See the film here.