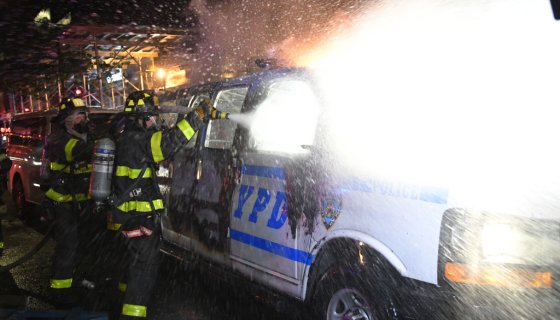 A few days after , another audio has surfaced confirming what we’ve already known to be the case for decades: police be framing people.

According to Raw Story an officer of the Mount Vernon police department turned whistle blower decided to do the right thing and took audio evidence over to the Gothamist and WNYC-FM that captured conversations between authorities in which they discuss not only framing innocent residents, but also beating them while collaborating with local drug dealers. Talk about being all the way corrupt. Trump would be proud.

12-year department veteran Murashea Bovell had been fighting the good fight for years as a member of the Mount Vernon PD but knew it was all for not without having something “tangible.” After years of blowing the whistle on corrupt cops, Bovell knew he needed “Something to prove that what I was saying is true, and wouldn’t fall on deaf ears if the time came.”

Though he’s already turned over the damning tapes over to Westchester District Attorney Anthony Scarpino, the 12-year veteran isn’t exactly sure how things will pan out given the history of police misconduct constantly getting overlooked or even forgiven in America.

“I’ve taken the proper steps, protocols, to let city leaders, police department leaders know what was happening,” Bovell said. “Nothing happened. Even brought it to the District Attorney, so now, [the] only option left is to let the public know.”

While we’re sure Bovell will once again be ostracized by his fellow “brothers in blue,” he’s the kind of officer of the law that we ask for and hopefully his actions will inspire more in his line of work to do the same whenever they witness injustice.