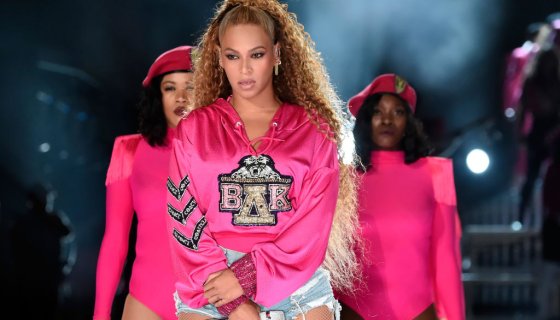 The Carters are remaining active and demand justice for those who died at the hands of law enforcement.

is making sure the Breonna Taylor’s name is not lost and forgotten in all of the noise. The Lemonade crafter made it abundantly clear that she wants “swift justice for Breonna Taylor, who died after she was shot in her own Louisville apartment by cops executing a “no-knock warrant.”

In a letter sent to the Attorney General Daniel Cameron posted on her official website on June 14, she called for the AG to “commit to transparency in the investigation and prosecution of these officer’s criminal conduct” and to investigate the police department’s inadequate response to Taylor’s murder.”

“Your office has both the power and the responsibility to bring justice to Breonna Taylor and demonstrate the value of a Black woman’s life. Don’t let this case fall into the pattern of no action after a terrible tragedy. With every death of a Black person at the hands of the police, there are two real tragedies: The death itself, and the inaction and delays that follow it. This is your chance to end that pattern. Take swift and decisive action in charging the officers. The next months cannot look like the last three”” Beyoncé urged her fans to sign a coinciding petition, located at the bottom of the letter, to demand further justice for Taylor” “

Beyoncé’s letter to the Attorney General follows her also . In a video posted on Instagram, she stated about Floyd’s murder:

“We all witnessed his murder in broad daylight. We’re broken and we’re disgusted. We cannot normalize this pain. I’m not only speaking to people of color. If you’re white, black, brown, or anything in between, I’m sure you feel hopeless about the racism going on in America right now. No more senseless killings of human beings. No more seeing people of color as less than human. We can no longer look away”

Her husband, JAY-Z, has also been active as well. The head of Roc Nation to AhmaudArbery’s lawyer, personally called Minnesota Governor, Tim Walz demanding justice for George Floyd. He and Team Roc also t in honor of George Floyd.

Salute to the Carters.