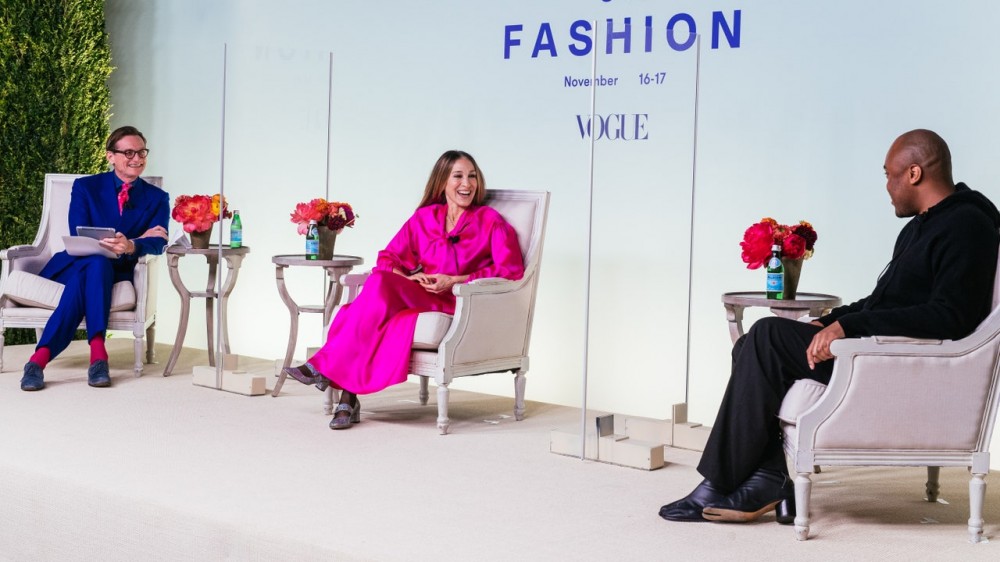 Actor and shoe designer Sarah Jessica Parker and designer Christopher John Rogers are two of New York City’s leading lights, representing the immense pool of talent based here. Today, they joined Vogue’s Hamish Bowles for a 30-minute conversation discussing the resiliency of the city as part of the Forces of Fashion summit. They imagined how New York can thrive again in a post-pandemic climate, and talked about how they remained creative—and financially afloat—during such a challenging year.

As two New York transplants, Parker and Rogers began the conversation by looking back at what first drew them to the city. Rogers grew up in Baton Rouge, Louisiana, and said Manhattan served as a beacon of opportunity in terms of his becoming a designer, though it didn’t come without its challenges. “I’ve never worked harder in my life than while being here,” he said. Parker, who came to New York as a child, was instantly inspired by its “chaotic” energy, as she describes it. “When we arrived as a family in 1977, the city was in terrible economic shape,” says Parker. “It wasn’t at its most beautiful. But as someone who was drawn to color and art and beauty, I was seduced. I found excuses to go down streets that I had no business going down, just to look through the store windows.”

During the discussion,  Parker and Rogers also spoke of how they navigated keeping their businesses alive during the pandemic. For Rogers, he took the lockdown as a moment to rejig his business model, and to reignite creativity for his designs. “One of the positive things was slowing down,” Rogers says. “There was nothing to do but relax and take stock of the situation. It made me think about who I am as a designer, what makes me happy, and what I want to put out in the world.” Parker, meanwhile, took a risk and opened a brick-and-mortar store for her footwear line, SJP, in July. The duo also discussed keeping their businesses small; the pros of working with a small, intimate team; and how they’ve focused and sharpened their design aesthetic.