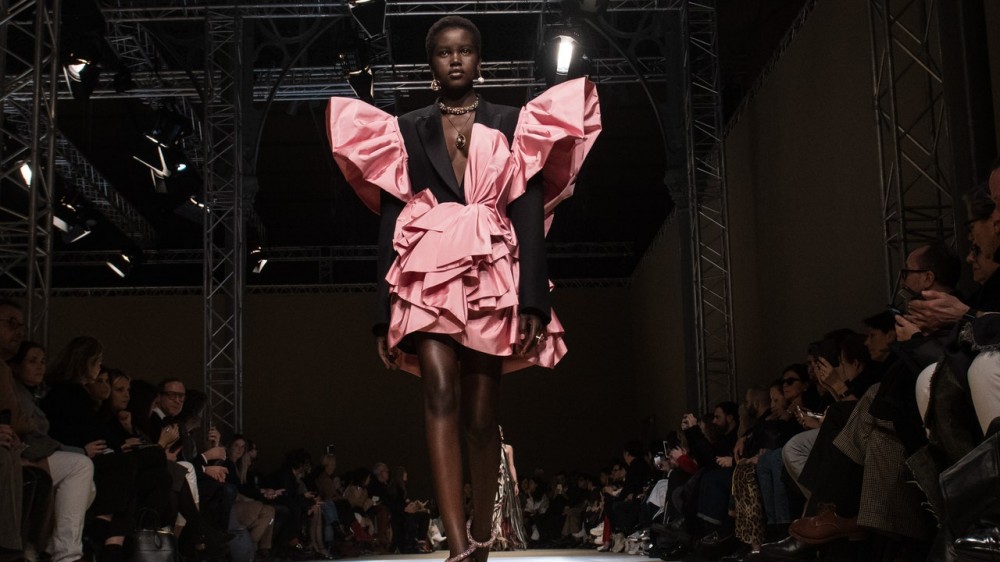 Seeing Alexander McQueen’s Sarah Burton in conversation with Vogue’s Sarah Mower is the ultimate peek behind the curtain of the brand. What’s more, the designer rarely grants interviews—and even more rare is an interview on film—making this 25-minute Forces of Fashion conversation about as exclusive as it gets.

Burton and Mower met in the upper room of McQueen’s Bond Street flagship store in London, which has been transformed into a studio. “When I very first started at McQueen, we didn’t have desks, we only had one big pattern-cutting table in the studio,” Burton says of the room’s setup. The idea is to promote fashion and demystify the creation process to all visitors of McQueen’s store. “Anybody can come. Schoolchildren come, teenagers come, grandparents come,” Burton continues. “It’s really a space for everybody to see how we put the collection together.”

As the conversation turns to preservation of craft and the importance of setting up a new generation of designers for success, Burton reveals some of what makes her McQueen team so strong: community. “There’s no hierarchy of ideas. It’s a really collaborative process,” she says. The team is famous for its research trips around the United Kingdom, where they mine inspiration for each collection—and perhaps stumble across some new ideas for how to work together. Burton remembers visiting a church in Cornwall where “each kneeler was embroidered by a different person. You could almost feel the sense of community in the room, and this sense of people coming together.”

The communal spirit of Alexander McQueen is on display as Burton gives a tour through the store’s Roses exhibition. She explains the secret details of each dress in the show, from Lee Alexander McQueen’s spring 1999 floral embroidered burlap separates—“a lot of the show pieces at that time,” Burton says, pointing to the freehand embroideries, “were actually made by students”—to her own rose dress from the fall 2018 collection. “For me, the rose is the archetypal British flower, and it also represents a woman to me.”

Special mention goes to the fall 2006 Sarabande dress worn by Tanya Dziahileva, which was made with real flowers cascading off the bodice. It’s been restored twice for exhibitions, with real and fake flowers added for preservation. But right there on the bust, Burton highlights one original flower placed by Lee. “One rosebud from the original dress [is] sitting right here,” she says. Think of it as a symbol of McQueen’s past blossoming into its future.