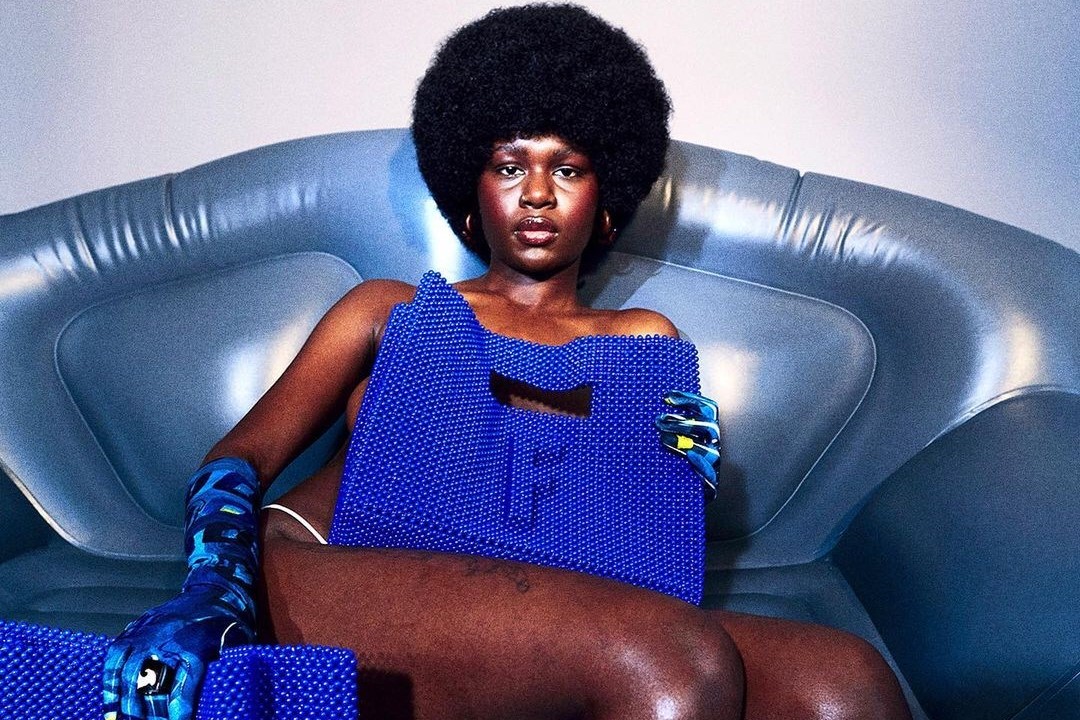 Central Saint Martins graduates Feben and Randa Kherba were this week announced as the first recipients of Samuel Ross’ Black British and POC artist grant, which, beyond fashion, saw lump sums of £2,500 granted to creatives working across sculpture, AR, furniture design, and film. “The vanguard of Britain’s soft power, on a global stage, is missing far too many Black, POC, and non-linear voices,” the designer said. “We’re missing the propensity, the nuance, and panache that have formed, and exist within our nation’s melting pot. And so, we’ve decided to do something.”

Even with input from the Royal College of Art, the British Fashion Council, and the Design Museum, it’s little surprise that the founder of A-COLD-WALL* should see the future in these two designers. Much like Ross’ own label, Kherba’s 2018 graduate collection prodded at the boundaries of fabrication – her technical outerwear crackling and turning transparent under layers-on-layers of material treatments, as if they had been frozen under an arctic avalanche. Feben, on the other hand, has used fashion to translate her feelings of misplacement, as both a child refugee and a Black woman, into raucous and surreal garments – full of nose-shaped heels, and trompe l’oeil slips. “To all those who applied: we’ll be delivering a similar award programme next year,” Ross added.

Click through the gallery below to see what else has been going on this week.