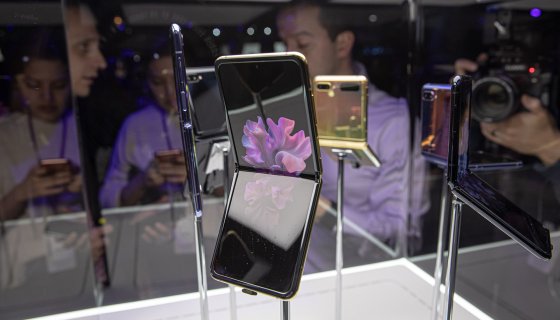 users might have laughed at Samsung’s new foldable phone, the Galaxy Z Flip, but it looks like the Korean tech giant will laughing all the way to the bank with its latest smartphone.

When Samsung unveiled the Galaxy Z Flip during its in San Francisco, we immediately thought the company’s decision to push the device as a fashionable and trendy smartphone was a great idea. Well, it looks like its paying off big time for the company cause Samsung announced that the Galaxy Z Flip has sold out online and is available in limited quantities in stores across the country, with many of them reporting they are out of stock.

Some more positive news about the Galaxy Z Flip is that limited edition Thom Browne version of the phone sold out on Samsung.com over the weekend.

Now don’t fret; if you still want one Samsung announced that alongside its partners, the company will be “making additional Galaxy Z Flip devices available online” when they begin pre-orders for the on February 21. If you can’t wait until then, Samsung says you will have to do some searching to find a store that still has it in stock, good luck with that.

This is a huge win for Samsung, who looks to take its mobile phones in the foldable route. This is a very positive sign following the disastrous events when Galaxy Fold units arrived in the hands of tech writers and weren’t holding up to their standards or To be fair, they were damaging the units themselves but were not warned to leave the plastic screen on the phone.

It looks like Samsung has struck gold with the Galaxy Z Flip. It will be interesting to see if the growing threat of the will slow down this momentum. The deadly disease has already affected Apple, which announced it does not expect to meet its expected revenue guidance for its fiscal second quarter. The rumored could also be delayed, but as of now is still slated for a March release.