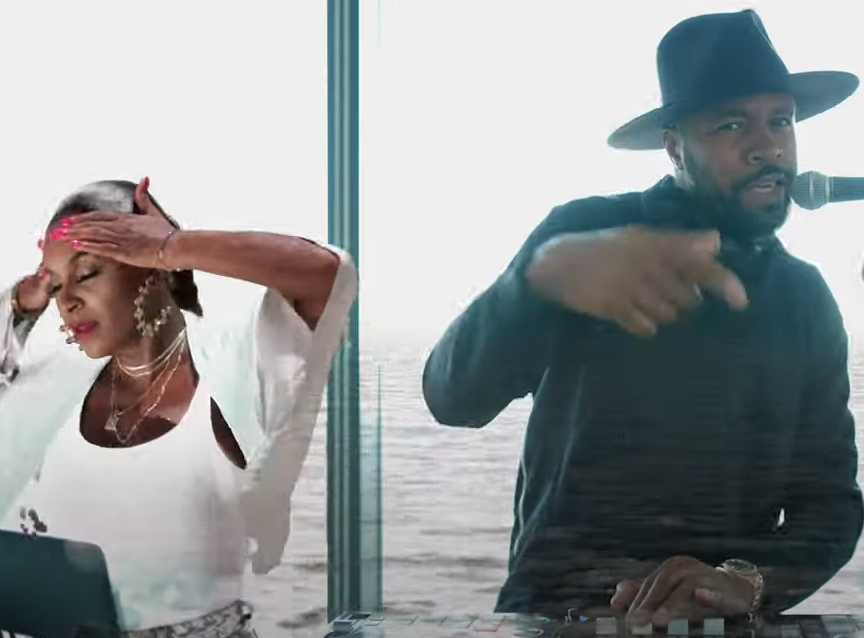 We’ve all seen how married rappers Papoose and Remy have championed the feeling, but now we have the theme song for the movement of “Black Love.” Producer to the stars, Salaam Remi has enlisted the talents of the golden voiced siren, Teedra Moses and the world’s favorite DJ, D-Nice for this feel good roller-skating jam.

The video, directed by Remi and @itsjustati⁣, takes place on “Black Love Beach” and has Moses dancing freely through the sands and spotlights other couples hugged up and smiling throughout the clip. The rolling bassline and the way the drums hit compliment Moses’ high flying vocals of just wanting to love her significant other. Give a big shout out to the wonderful video edits, by Tatiana Crooks, of a quarantining D-Nice interspersed.

You’ll be able to find the song on the upcoming full length album by Remi titled Black On Purpose.  What you’ll also find on that album is the winner of the #NUEVOIsItBecauseImBlackContest

Remi chose the winner, @B_Trenton (Congrats!) and he will be featured on the remixed version of the song, “Is It Cus I’m Black,” previously released a few weeks ago. Partnering with NUEVO for the search, Remi cycled through the contestants and picked the winner on the connection he felt to his vocals. The prize was being featured on the track along side of Anthony Hamilton, Black Thought, Cee-Lo Green, Syleena Johnson, & Stephen Marley. Check out the IG Live he conducted with B Trenton below.