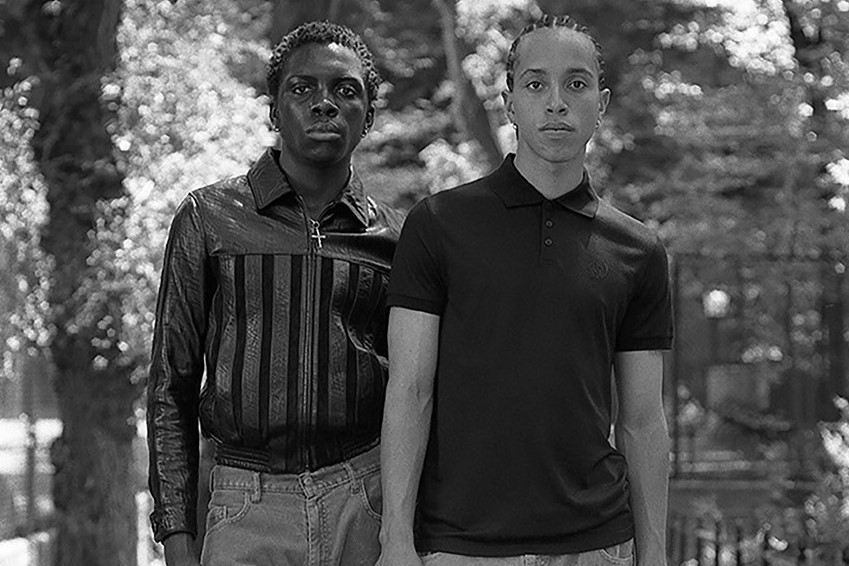 Photographer Katsu Naito and stylist Zara Mirkin stake out the streets of New York in Dazed’s autumn 2021 edition, turning their lens on the Homies Network – a kamikaze crew of street-skaters who spend their days zipping around the East Village, haunting downtown porches, and making DIY videos on old camcorders poached from their parents. Though that makes them sound like a ragtag crew of no-gooders, in recent years, these teenagers have become an NYC establishment in their own right, selling small runs of merch, with many members now signed to modelling agencies.

“I like how the city moves,” says Homie Steven Strong, “and landing on something you’ve never landed on before.” There are no Thrasher sweaters, baggy hoodies, or Etnies sneakers here, though, with the boys swapping out their usual garb for Anthony Vaccarello’s slick, close-fitted AW21 offering at Saint Laurent. Debuting back in June, the collection was a sharp amalgamation of subcultures past – with abbreviated trousers, stark white socks, and knitted polos keying into the snappy Mods of the 1960s, while trilbys and billowing pants channelled the trademark Northern Soul wardrobe.

Given that Naito made his name documenting society’s outsider groups, namely the Meatpacking District’s sex workers, the Homies Network comes together within this editorial as if to unite the city’s past and present proponents of subculture – albeit with some moody-looking fringes and a TikTok account. Check out the gallery above to see the rest of the shoot.