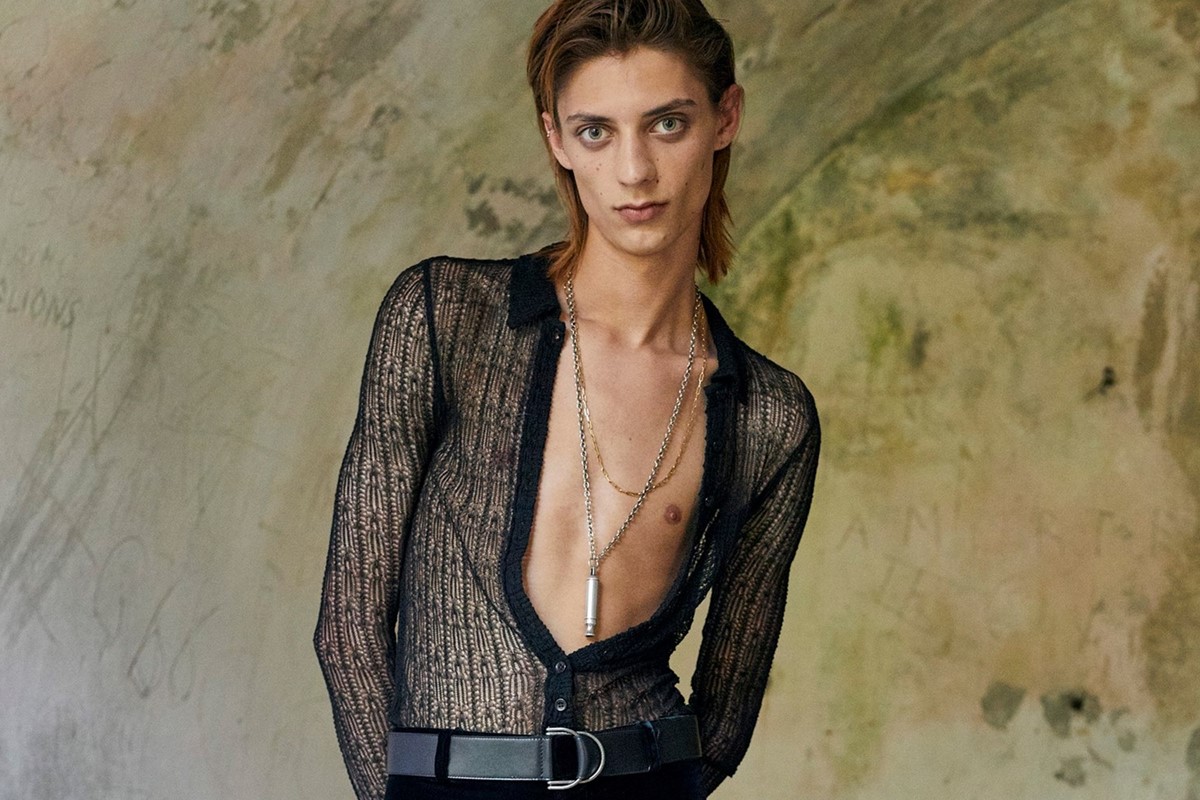 On a private, walled-off island, not too far along Venice’s historic canal system, is a giant, prismatic structure, which shards out of the water like a gistening mirage. Commissioned by Saint Laurent as part of the Venice Biennale of Architecture, the mirrored construction is the work of American artist Doug Aitken and played host to the Parisian label’s SS22 men’s show last night (July 14).

Phoebe Philo is back!

With lush flora coursing over its sharp edges and spilling down from its canopy, Atkins describes Green Lens, the metallic, botanical maze, as “a living artwork… a celebration and inquiry into the future”. And the Saint Laurent collection which stormed through its belly seemed to reflect, quite literally, that same sentiment.

This season, Vaccarello also rifled through Saint Laurent’s vast archives, pulling lace shirts and slip vests from recent womenswear seasons, as well as set pieces from the 70s and 80s – including cropped jackets from the label’s 1979 and 1978 collections, and a brocade bolero from 1977. Elsewhere, models were draped in couture-like capes, which were said to reference Yves Saint Laurent’s louche dressing gowns.

Located on Isola della Certosa, Doug Atkin’s Green Lens will be open to the public throughout July. Have a flick through the gallery above to see more of Saint Laurent’s SS22 collection.