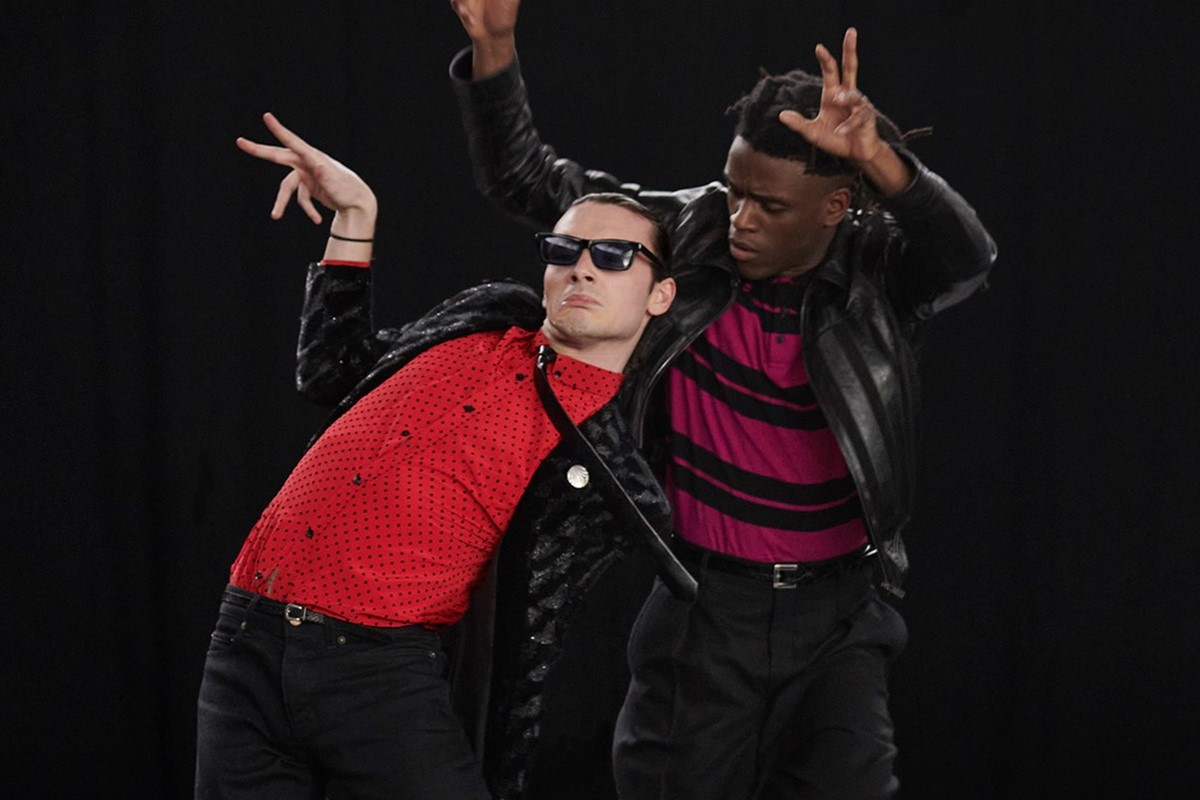 Though they may seem like an unlikely reference point for a Parisian fashion house, the Babycham dancehalls of 1970s Wigan and Blackpool have been reborn in Saint Laurent’s new Northern Soul-indebted campaign for AW21. Directed by Jean Paul Goude, the french artist responsible for Grace Jones’ most iconic album artwork, Anthony Vaccarello’s Night Train sees a pack of models shuffle, spin, twist, and kick to James Brown’s “Lost Someone”. Though it’s not just the dancehalls of the North West that Vaccarello has been haunting – it’s the region’s infamous Ska bars, too, dressing his dancing troupe in all the checkerboard knits, trilbys, and skinny ties of their clientele.

As much as Vacarello looked back this week, Nicolas Ghesquière did the complete opposite, imagining a future full of space travel for Louis Vuitton’s cruise show. Elsewhere, London Fashion Week came to a close with the likes of Priya Ahluwalia and Paolo Carzana showcasing the best in British talent. Further progress was made within the fashion world when Victoria’s Secret announced it would be canning its Angels and Adrian Grenier AKA Andy’s boyfriend in The Devil Wears Prada confessed that he, perhaps, was the villain after all.

Scroll down to check it out, and click through the gallery below to see what else may have passed you by this week